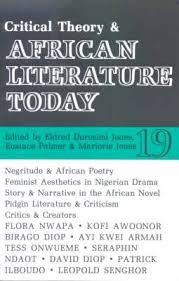 The criticism of modern African literature has developed side by side with the literature itself and some of its foremost critics are among its foremost creators. Critics have been making a genuine search for a poetic to accommodate a literature arising out of the African tradition expressed largely in non-African languages. They reflect an environment which in its mannerisms, its artefacts and even in its morality may be far removed from its traditional roots. Indeed some of the finest examples of African literary criticism are to be found in the works of these same creative writers. The negritude poets, particularly Senghor, Cesaire and Damas, led the way with their theory and practice in the Paris of the 1930's.