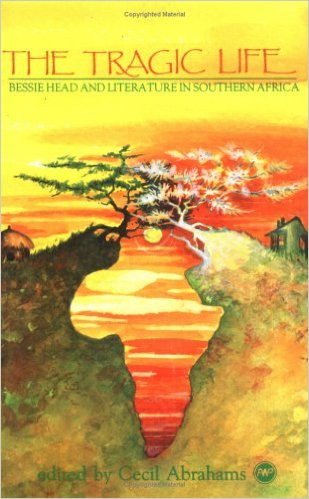 "I cannot pretend to be a student of South African literature; I cannot assess its evolution or lack of evolution. I only feel sure that the main function of a writer is to make life magical and to communicate a sense of wonder.  do admit that I found the South African situation so evil that it was impossible for me to deal with, in creative terms ... Literature is very functional in southern Africa and bound inextricably to human suffering; the death of South African literature is that it is almost blinded by pain; people hardly exist beside the pain ... My work has covered the whole spectrum of southern African preoccupations- refugeeism, racialism, patterns of evil and the ancient southern African historical dialogue."

Bessie Head, one of Africa's preeminent novelists, was born in South Africa and died in her adopted country, Botswana, in 1986. Despite many personal difficulties, she was able to produce the powerful novels A Question of Power and When Rain Clouds Gather. She wrote many other novels, short stories and essays. In this collection, Head's personal traumas, political orientation and spirituality are explored by eleven scholarly contributions. This volume also includes an essay by Head herself on the particular experience of southern African writing.

Cecil Abrahams is Professor of English and Dean of the Faculty of Humanities at Brock University in St. Catherines, Ontario. He is the author of books on William Blake and Alex LaGuma.