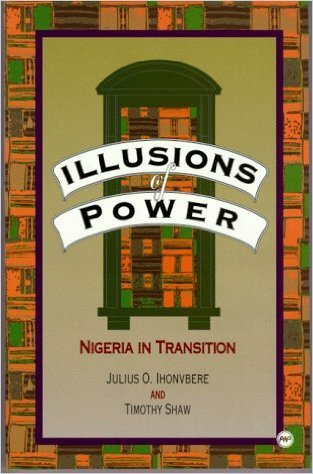 This volume provides the most holistic and contemporary account of the traumas, dialects and dynamics of Nigeria's distinctive political economy. With an analysis located in Nigeria's pre-colonial, colonial and neo-colonial history, the authors examine the dynamics of the various pre-capitalist communities of modern day Nigeria emphasizing the autonomy, creativity and alignments of social and political forces in the processes of market consolidation, state and class formation.

The authors provide in great detail an account of the first half decade of political independence (1960-1966); the first era of military dictatorship (1966-79); the civilian interregnum in the second republic (1979-83); the return of the military and the imposition of structural adjustment (1983-92); and the dynamics of popular culture that provided the platform for the expansion of autonomous political spaces and the expansion of civil society.

Hindrances against independent action in Nigeria are underpinned in the nature of an underdeveloped bourgeois class in a non-hegemonic state. This is encumbered by an externally dominated economy operating in a decadent political culture. Included are detailed discussions on recent developments in Nigeria such as the Abacha coup of 1995, the minority question, and the crisis in Ogoniland. The volume concludes with a strong theoretical and empirical excursion into the future of Nigeria. The authors emphasize the importance of the processes for a thorough internal restructuring of the socio-economic and political arenas with emphasis on genuine democratization, the empowerment of the people and the communities, the reconstruction of the violent and predatory state, and the construction of an alternative regional and global economic relations.