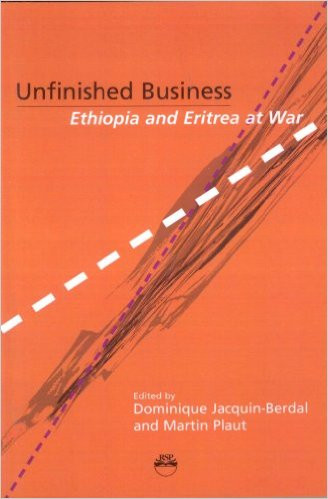 The war that broke out between Eritrea and Ethiopia in May 1998 came like a bolt from the blue, as border skirmishes escalated into all out war. The two countries, which had been allies until that point, were pitched into a brutal conflict. Intense political mediation by the international community, including personal interventions by President Clinton and Kofi Annan, were unable to halt the fighting. Finally, after two and a half years, and following serious reversals for the Eritreans, a peace agreement was finally signed. A United Nations force was deployed to the region to hold the line, while the border was being demarcated by an international tribunal in the Hague.

The demarcation has now been made, and both countries are attempting to come to terms with its consequences. Certainly the political consequences of the conflict have been immense for the entire region. The ruling parties in both Addis Ababa and Asmara have, for the first time since their founding, been split from top to bottom, and their leaderships have had to contend with the most serious challenges they have ever had to face. The regional repercussions of the war are still playing themselves out and the economies of both Ethiopian and Eritrea have been severely effected.

The aim of the book is to bring together a set of readings that will take students of the region through the recent events in a coherent fashion. It will combine original documents with commentaries on the events, as well as providing details of other sources of information.

ABOUT THE EDITORS
DOMINIQUE JACQUIN-BERDAL, PhD. is a lecturer in International relations at the London School of Economics. His research interests have focused on the Horn of Africa; Nationalism; Ethnicity; National Self-Determination, and Africa's International Relations. Among Dr. Jacquin-Berdal’s recent publications are Nationalism and Ethnicity in the Horn of Africa (2002) and 'State and War in the Formation of Eritrean National Identity' in The State and Identity Construction in International Relations edited by Vandersluis, S. O. (2000).

MARTIN PLAUT is a journalist who has served for several years as an international correspondent of the BBC World Service Radio, covering contemporary affairs on the Horn of Africa sub region. His articles, essays and reports have been published in various international journals and news mediums including the Review of African Political Economy (ROAPE).