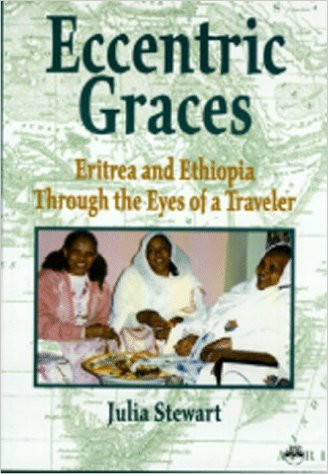 Prologue: This is a travel narrative about Eritrea, a tiny sun-drenched country along the Red Sea, and Ethiopia, its giant southern neighbor and former colonial overlord. Among the oldest civilizations on earth, these two African countries can boast over 2,000 years of recorded history.

Eritrean and Ethiopian histories interlock, yet still maintain distinctive features. Eritrea's past revolves around foreign incursions and occupation, as well as ongoing trade and cultural mingling with Mediterranean and Arabian worlds. Ethiopian history speaks of imperial glory and dominance, and for great swaths of time isolation, as its Christian kingdoms held out in highland strongholds while Islamic and pagan militaries swirled around them.

Today, both countries, having just emerged from a thirty-year war, are dirt poor. Many citizens live on less than one dollar a day and both nations receive millions of dollars annually in food and development aid. But, with many well-trained professionals among local and exiled populations, rebounding economies, the rule of law, and rich histories and cultures to draw upon, Eritrea and Ethiopia represent the brightest hope for democracy and growth in Africa in the new millennium.

"This long-awaited travelogue gently brings the pulse of Eritrea and Ethiopia to life. No one eager who is to know them should miss it."
-Frank Smyth, journalist-

There are some places that hound the imagination of a traveler years before they actually have the opportunity to visit. This is how the ancient lands of Eritrea and Ethiopia beckoned to author Julia Stewart.

Breathtaking landscapes, attractive citizens, intricately spiced foods, a gently culture and rich history-it was all waiting for her. all of these things, Stewart came to experience and appreciate with abundance. What she did not predict were several mysterious happenings: harassment at the hands of "union buster," an impromptu running of the bulls, coming face to face with abject poverty, and her own reactions to these unpredictable events. Stewart's travels to Eritrea and Ethiopia are of a current vintage, unlike those of famous explorers of an earlier period such as Richard Burton and James Bruce. Her travels took place during a post-war era when tremendous changes were occurring in the political and social lives of the people.

Stewart found many surprises, good and bad, and she shares them all with her readers. Despite a sometimes arduous adventure, Stewart's fascination for Eritrea and Ethiopia has not ceased.

Julia Stewart lived in Nairobi, Kenya, for six years where she worked for Interaid International and the United Nations' world Food Program. Over the past decade she has traveled and worked in 14 African countries. she is the author of four books and currently resides in Westerville, Ohio.
CATEGORIES:
Travel/Africa