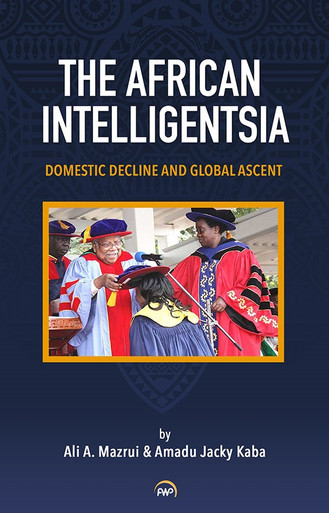 This book explores the multi-faceted effects of globalization—both positive and negative—on Africans and people of African descent.  It also offers a perspective on the rise, decline and revival of intellectualism, and the origin and development of pan-Africanism in the twentieth century.  Touching upon the issue of female empowerment and dynastic elements in African political culture, the book additionally takes on one of the major sets of themes that have animated and dominated the discourse among African intellectuals which is about the relationship between economic and cultural dependency, the forms dependency takes, and how to overcome it. The book also carefully scrutinizes the emigration of highly educated Africans to developed countries, leaving the continent of almost 1.2 billion people with a substantial shortage of skilled workers needed for development – the African Brain Drain. While Africa continues to struggle to attain its development goals, people of African descent outside of Africa are among the most influential individuals in the world. Furthermore, the book highlights the negative impact of HIV/AIDS in Africa as a second form of the continent’s dual brain drain—terminal brain drain. HIV/AIDS is causing serious problems in regions and countries on the continent that have relatively high numbers of educated people and strong economies. Eastern, Middle and Southern Africa are the regions impacted the most by the terminal brain drain, while South Africa, Nigeria, Kenya, Botswana and Zimbabwe are among the countries impacted the most. The book presents the factors that are contributing to Africa’s emigration brain drain, the implications of it on the continent, some benefits of it, and offers suggestions for managing this phenomenon.

"Mazrui’s chapters in the book are primarily conceptual and macro-historical in orientation; and Kaba’s chapters are mainly empirical and micro-historical in nature. The two authors complement each other incredibly well in spite of the fact that there is a significant inter-generational gap between the two, or perhaps because of this very fact."

"Ali Mazrui is one of the preeminent intellectuals of postcolonial Africa.  In this book, completed just before his death in 2014, he teams up with one of his most able students and coworkers, Amadu Jacky Kaba, to dissect the condition of the African intelligentsia.  In short, that condition is not good.  This book tells us why and offers prescient advice for righting the travails of Africa’s “talented tenth,” to borrow a descriptor made famous by the eminent pan-Africanist intellectual forbear W.E.B. Du Bois.  It is a work that should command the attention of those concerned not just with African intellectual life but more generally with the past, present and future of Africans and peoples of African descent everywhere."

"These rich and unique essays address some of the most important issues on the condition of Africa’s beleaguered intelligentsia, tracing its rise and fall, but also making innovative suggestions on how intellectuals on the continent and in its Diaspora can forge effective partnerships for Africa’s renaissance. A particular attraction of this book is that it is written by the most prominent African intellectual of the last 50 years – Ali Mazrui - speaking beyond the grave from ‘After Africa,’  in a volume co-written with one ofhis prominent younger disciples, Amadu Jacky Kaba."

ABOUT THE AUTHORS
ALI A. MAZRUI was the Albert Schweitzer Professor in the Humanities and Director of the Institute of Global Cultural Studies at Binghamton University, State University of New York.  He was also Albert Luthuli Professor-at-Large at the University of Jos in Nigeria, and the Andrew D. White Professor-at-Large Emeritus and Senior Scholar in Africana Studies at Cornell University. Dr. Mazrui had also served as Chancellor of the Jomo Kenyatta University of Agriculture and Technology in Kenya.  Ali Mazrui died in October 2014 at the age of 81.