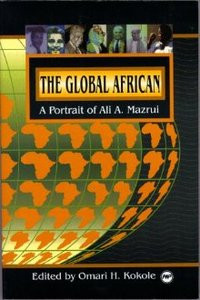 Ali A. Mazrui is perhaps Africa's most prolific and accomplished writer of the second half of the 20th Century: W.E.B. Dubois cast a similar shadow in the first half. Anticipating the auspicious convergence of his 60th birthday, and the 20th anniversary of his professional debut, Ali Mazrui's students, friends and colleagues seized the opportunity to critically assess the significance of the prodigious body of scholarship affectionately dubbed Mazruiana. In November 1992 in Seattle, Washington, four panels devoted exclusively to Mazruiana were convened at the annual meetings of the African Studies Association, with the added attraction of Mazrui's attendance at the convocation and his immediate personal response to the original papers presented there. While no single volume could do justice to Mazrui's collosal literary output, here at least is gathered the collective investigative insight of a team of well-informed critics into select, salient facets of this provocative but stimulating literary and intellectual phenomenon. The long list of contributors to this Festschrift includes: John W. Harbeson, Dunstan M. wai, Darryl C. Thomas, Negussay Ayele, Parviz Morewedge, Hussein M. Adam, Alamin M. Mazrui, Claude E. Welch, Peter N. Thuynsma, Richard L. Slar, Betty C. Craige, Molara Ogundipe-Leslie, Chaly Sawere, Burjor Avari, Diane Frank, Omari H. Kokole, and Ali A. Mazrui himself.

ABOUT THE AUTHOR
OMARI H. KOKOLE was born in Uganda in 1952. He was the Associate Director of the Institute of Global Cultural Studies at SUNY-Binghamton. He received his education at Makerere university (1973-76), the University of Manchester (1976-77), and Dalhousie University in Canada where he obtained his Ph.D. in Political Science. His various publications include: Gendered Encounters: Challenging Cultural Boundaries and Social Hierarchies in Africa (1977); and dimensions of Africa's International Relations (1993) co-edited with Maria Grasz-Ngate. Dr. Kokole died unexpectedly in September 1996.