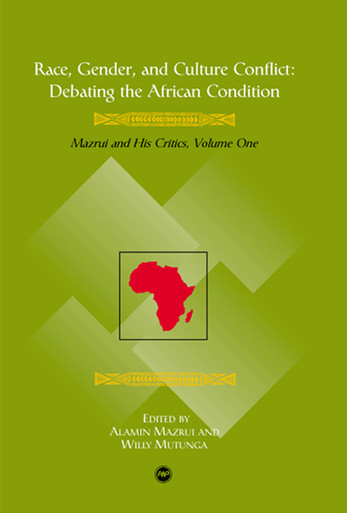 Is Ali Mazrui a visionary or a vacuous intellectual? Is he reactionary, revolutionary or essentially a radical pragmatist? These questions were the focus of a special plenary session of the Conference of the African Association of Political Science that took place in Harare, Zimbabwe, in June 2003. The forum was intended to interrogate Ali Mazruis contributions in the last forty years or so of his career as an academic. The questions themselves capture the magnitude of the polarization among different sections of Mazruis audiences generated by his often provocative propositions and prescriptions on a wide range of issues  from the role of intellectuals in Africas transformation to the imperative of pax-Africana, from Tanzaphilia to Islamophobia, from the condition of the Black woman to the destiny of the Black race. It is some of the exchanges, sometimes intense and even acrimonious, arising from Mazruis ideas on continental and global African affairs, from the 1960s to the present, that constitute the subject matter of these two volumes. Together, they are not only a celebration of Ali Mazruis own intellectual life as one long debate, but also an intellectual mirror of the contours of some of the hotly contested terrains in Africas quest for self-realization.

ABOUT THE EDITORS
ALAMIN MAZRUI is an associate professor of Africana Studies at Ohio State University. He is a member of the Board of Directors of the Kenya Human Rights Commission. His publications include Swahili, Society and the State (1995), The Power of Babel: Language and Governance in the African Experience (1998), both with Ali A. Mazrui, Out for the Count: The 1997 General Elections and the Prospects for Democracy in Kenya (2001), co-edited with Marcel Rutten and Francois Grignon, Black Reparations in the Era of Globalization (2002) and English in Africa: After the Cold War (2004).

WILLY MUNTUNGA is the executive director of the Human Rights Commission. He taught law at the University of Nairobi, served as an advocate and chairperson of the Law Society of Kenya, and has recently been appointed senior counsel by the president of the Republic of Kenya. His many publications include The Rights of Arrested and Accused Persons (1990) and Constitution-Making from the Middle: Civil Society and Transition Politics in Kenya, 1992-1997 (1999).