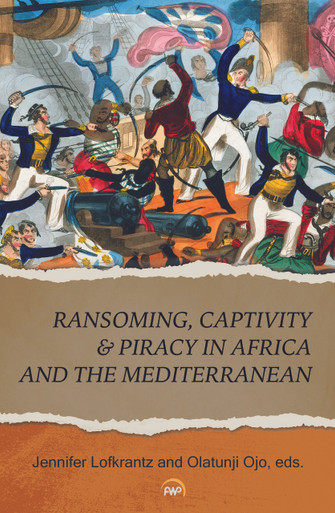 Holding individuals for ransom has been a socio-economic activity that has occurred in a variety of contexts historically. In the Mediterranean world until the early nineteenth century, it was an act of power contestation between Christian and Muslim societies. Captives seized on the Mediterranean and even during raids and warfare on shore were held for ransom, with the threat of enslavement if not released. In contemporary times, women and children have been kidnapped and held for ransom, and sometimes diplomats, wealthy individuals and their associates, tourists and journalists are targeted for financial gain. Still in other cases, individuals are held for political and religious reasons, which may also involve a bid for financial gain, as in the case of pirates operating in the Horn of Africa, Central Asia, the Middle East, and West Africa.

This volume focuses on historical and contemporary ransoming practices in Africa, Europe, and Asia since the sixteenth century.  Ransoming is defined as the making of payments (in cash or kind or prisoner exchange) for the return of a captive or hostage. It is not the same as the redemption of slaves in that ransoming prevented enslavement. In examining both historical contexts of ransoming in Europe and Africa the contributors explore the interface between religion, geography, class and race and the politics and economics of ransoming.

“Lofkrantz and Ojo’s edited collection highlights the determinants of change and continuity in practices of abduction, captivity, piracy, and ransoming in Atlantic, Mediterranean, and Indian Ocean slaving circuits that connect Africa to the rest of the world and cut across African societies. The book’s combination of historical and anthropological contributions overcomes the tendency to compartmentalize historical and contemporary phenomena. The result is a groundbreaking new study that advances a unified analytical framework for researching ransoming across space and time.”
--Benedetta Rossi, Lecturer in African Studies, Department of African Studies and Anthropology, University of Birmingham

“With a rich collection of case studies across time and region - from shipwrecked slave traders in the late 18th century to oil workers in Biafra to kidnapping for ransom in contemporary Somalia - this excellent volume by Lofkrantz and Ojo offers its readers a comprehensive and unique study of ransoming. The authors explore the ways in which ransoming intersects with and differs from slavery, slave raiding and kidnapping for forced labour while also demonstrating the structures of power, religion, identity and economics in which ransoming is embedded. Its contemporary relevance is sadly all too pressing as we read of cases of piracy and kidnapping for ransom. This collection is an important contribution to African studies of slavery and piracy.”
--Annie Bunting, Associate Professor of Law & Society, York University

ABOUT THE EDITORS
JENNIFER LOFKRANTZ is a Visiting Associate Professor in the Department of History and the Program of Global and Regional Studies at St. Mary's College of California. Her research is focused on West African social, economic, and intellectual history.

OLATUNJI OJO is Associate Professor of History at Brock University, St. Catharines, Ontario. His research interests lie in the areas of West African History, African Diaspora, and Gender. He is a member of the Emory University-based African Origins Database Project.