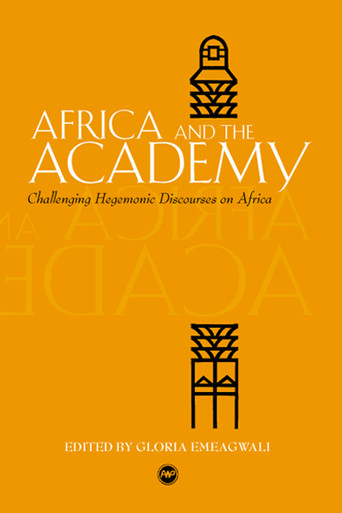 This book revisits the concepts and methodologies associated with eurocentrism in particular and hegemonic discourse in general, as these relate to African studies. Racial bias, intolerance, parochialism, and male chauvinism have manifested themselves in various ways and this text aims to address the important issues surrounding this phenomenon.

Five contributors, including the editor, posit alternative modes of explanation, some of which are explored further in the critique of several world history textbooks and their misconceptions and false assumptions, as well as a review of the Europocentric-Afrocentric debate of the 1990s. Other major topics addressed here are the historical writings on the Atlantic slave trade, reformist feminist evangelism, and the various forces involved in the development of Africanist theories and models.

This important work is a major contribution to methodology, and it reaffirms the need for a periodic review of scholars and scholarship in the academy, especially as they relate to Africa. The contributors to this new volume include Fitzroy Baptiste, Joseph Inikori, Korsi Dogbe, and Mojúbàolú Olúfúnké Okome.GLORIA EMEAGWALI is a professor of history and African studies at Central Connecticut State University. She has taught at several universities including Ahmadu Bello University and Univesity of Ilorin, both in Nigeria. She was a visiting scholar at Oxford University, England, and the University of West Indies in Trinidad. Her website www.africanhistory.net won a UNESCO prize as one of the outstanding websites on Africa in 1999-2000.