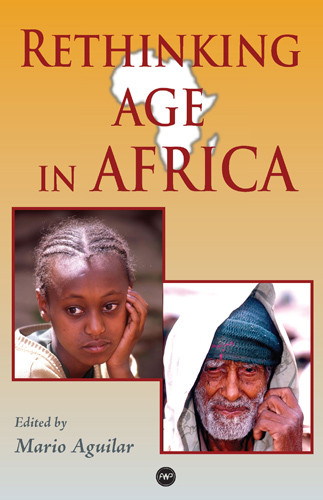 "Rethinking Age in Africa" explores an old cultural problem in new ways: how do we deal with ageing within societies in which the young are so numerous? How do we deal with age changes and the life cycle in contemporary Africa? While biology has suggested that there is a common universal way of dealing with ageing, African societies show an enormous diversity, an extraordinary resilience and an ever-growing adaptation to social change and difficulties. Continuing the ethnographic and historical explorations previously addressed in "The Politics of Age and Gerontocracy" (AWP 1998) distinguished contributors to this volume explore the social paradigm of age in Egypt, Ethiopia, Kenya, Malawi, Mali, Nigeria, Tanzania, South Africa and among African communities in Brazil.

ABOUT THE AUTHOR
MARIO I. AGUILAR is Director of the Centre for the Study of Religion and Politics at the University of St. Andrews in Scotland. He has published extensively on age in Africa, including "Being Oromo in Kenya" (AWP 1998) and "The Politics of Age and Gerontocracy in Africa" (AWP 1998). He has also explored African religious traditions through "The Rwanda Genocide" (1998) and "Current Issues on Theology and Religion in Latin America and Africa" (2002).