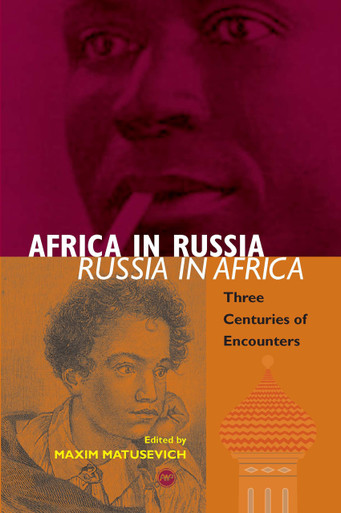 Once in a while in African studies there comes a book that is truly informative and a compelling read. This is one such book. It is an invaluable volume on a little explored subject, the long history of relations between Africa and Russia that goes back at least three centuries, a complex, sometimes contradictory, and constantly changing relationship marked by mutual curiosity and idealism, various contacts and exchanges, and revolutionary solidarity during the tumultuous years of colonialism and the cold war. It brings together an interdisciplinary team of leading Russian, African, and Western scholars on the subject whose richly documented and insightful essays collectively are guaranteed to offer the student of African and Russian history and historiography, international relations and diaspora studies immense intellectual pleasure.

At a time when racially-inspired hate crimes have become part of the texture of life in post-Soviet Russia, a measured, cross-disciplinary study of the history and legacy of the African diaspora in Russia is much needed. At the same time, the articles brought together here also grapple with and present a potent model for the study of regionalinterconnections in an increasingly global world.

-Catharine Theimer Nepomnyashchy
Professor of Russian Literature, Barnard College and Director of the Harriman Institute, Columbia University; editor of Under the Sky of My Africa: Alexander Pushkin and Blackness

This path-breaking collection directs much-needed attention to the over three hundred years of multiple connections between Africa and Russia. Informed in part by research in newly-accessible Russian archives, the interdisciplinary essays of this volume make invaluable contributions to the new fields of transnational studies and Black European Studies.

-Sara Lennox
Professor of Germanic Languages and Literatures and Director of the Social Thought and Political Economy Program, University of Massachusetts at Amherst

ABOUT THE EDITOR
MAXIM MATUSEVICH is Assistant Professor of History at Seton Hall University. An award-winning journalist from St. Petersburg, Russia, he received his Ph.D. in African History from the University of Illinois at Urbana-Champaign. He is the author of No Easy Row for a Russian Hoe: Ideology and Pragmatism in Nigerian-Soviet Relations, 1960-1991.