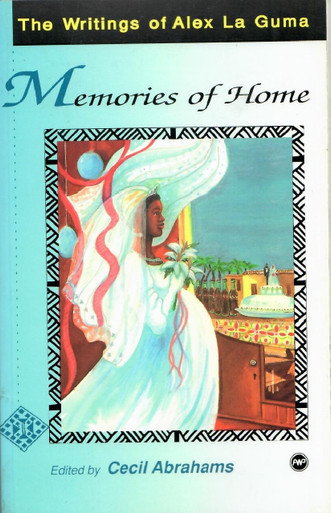 Alex La Guma, born in 1925, was one of the preeminent mid-century writers of South Africa, chronicling the black experience in straightforward and revolutionary terms. His stories brought to life the tribulations and triumphs especially of the blacks of Cape Town, the city of his upbringing. La Guma paid for his commitment by suffering repeated bannings and political harassment,including assassination attempts.Ultimately,La Guma was forced with his family into exile. He died in 1985 in Cuba, where he served as a representative of the African National Congress.

As editor Cecil Abrahams notes, La Guma "believed in the inseparability of art and life; hence his creative writing combines effectively his interest in the revolutionary struggle with his immense ability to fashion stories." This volume bears testimony to La Guma's ardent struggle to impress upon fellow artists the importance of truth-telling and change-making. The African American hero Paul Robeson is honored here for his commitment to popular struggles the world over;throughout the essays La Gurna pleads for a South African literature and art that promotes an end to apartheid and a new freedom for the world's oppressed. Memories of Home also includes a previously unpublished piece which shows his deep affinity for the daily lives of South Africa's poor. In addition, there are tributes by Cecil Abrahams, La Gurna's official biographer and a noted scholar with a profound appreciation for La Guma's work, as well as South African poet Dennis Brutus and La Gurna's widow, antiapartheid activist Blanche La Guma.

ABOUT THE EDITOR
CELIL ABRAHAMS, a South African, is Professor of English and Dean of the Faculty of Humanities at Brock University in St. Catharines, Ontario. He is the author of books on William Blake, Alex La Guma, Essays in Literature and editor of The Tragic Life, a collection of critical essays on the life and work of noted southern African novelist Bessie Head.