The 11-Year-Old Man by Mulugheta Abraham 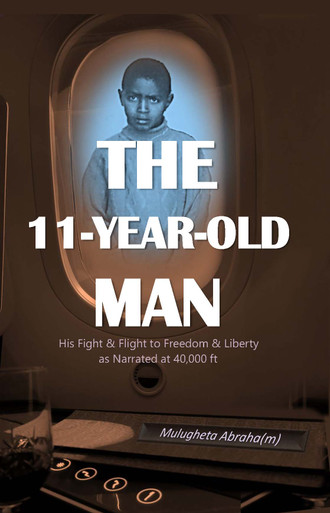 The 11-Year-Old Man by Mulugheta Abraham

Mulu, an 11-year-old Eritrean boy, grew up in “Piccolo Roma” Asmara, the charming capital city of Eritrea. Once filled with Roman architecture and Italian gelato, the serenity of the Italian colonial city is disrupted by freedom fighters intent on liberating Eritrea. Like many others, Mulu flees the capital to escape the violence and turmoil. Mulu soon finds himself in the jungle, an AK-47 on his hip - and being hunted by the mightiest army in Africa.

After escaping a war that cost the lives of hundreds of thousands of people, Mulu finds an opportunity to leave the country. Jumping at the chance to create a new life for himself, he arrives in the middle of the Red Light District in Amsterdam. There he begins his journey of navigating the social and cultural complexities of European life—and is finally led to his path to tasting the American dream.