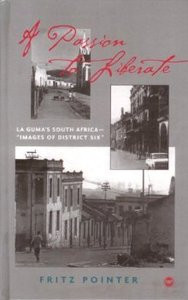 This is a literary biography of one of South Africas most eminent men of letters, Justin Alexander La Guma, who is better known as Alex La Guma and is one of the twentieth centurys most prolific, eloquent, and courageous writers. Although Pointer gives some attention to La Gumas years as a journalist, he mainly focuses on La Gumas novelette, A Walk in the Night, and his novels, And a Threefold Cord, The Stone Country, In the Fog of the Seasons End, and Time of a Butcherbird.

By engaging in an interpretation, analysis, and critique of the ideology that informs the themes, images, and techniques in La Gumas writing, Pointer deals with the worldview of the Colored or Mixed-Race community, which La Guma belonged to, was proud of,  and protrayed in his work. Most importantly, Pointer notes that the implicit question in La Gumas work is: What is the relevance of African Nationalism or Pan-Africanism to those who have embraced Coloredness as a valid and viable status in the race-based political ideologies of South Africa?

This book turns our attention to a man whose work helped to expose Apartheid and to extol the noble struggles of those who opposed one of the most hateful, white supremacist, and racist systems the world has ever known. It is about a man who turned personal and collective abuse and pain into art, risked his life, and suffered exile from his homeland to create works of enduring value.