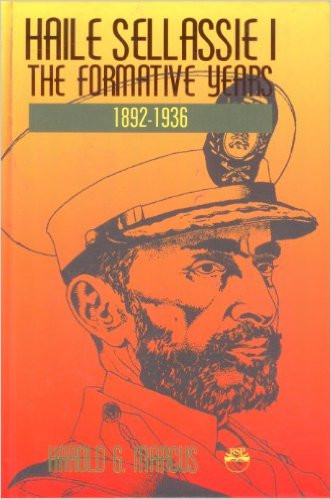 Always controversial during his lifetime (1892-1975), Haile Sellassie became, after his dethronement in 1974, a political icon to some, a monster to others, and to all a legend. There is no understanding modern Ethiopia without a grasp of the emperor's life. This first volume of a project three-volume biography describes Haile Sellassie's early training as a member of a cultural and political elite, a conditioning that led him to believe it was normal for an elite (later an oligarchy) to govern and exploit Ethiopia, even if many of its peoples did not benefit from the prevailing order. Once he became emperor, he viewed himself as the embodiment of Ethiopia's proud sovereignty and independence. Haile Sellassie was the architect of the centralized Ethiopian state. He transformed Addis Ababa, his ramshackle capital, into a core city; educated a cadre of "Young Ethiopians"; and developed the central government. He managed his country's political and economic entry into the modern world and in the process made Ethiopia the central actor in Northeast Africa and himself a global figure. Between 1920 and 1935 Ethiopia made important and obvious progress toward modernization, which Italy regarded as potentially threatening to its African colonies. Haile Sellassie, ever jealous of his country's sovereignty, redirected trade away from Europe toward Japan and the United States. By so doing he robbed France of a good economic reason to protect Ethiopia from Italy, he alienated Great Britain, and he permitted Rome to contemplate his nation's conquest. By 1934 Ethiopia was without allies and without the means to counter the Italian aggression. The emperor suffered defeat, exile, and despair, but he would return in 1941, as a phoenix, to restore the status quo ante.
Harold G. Marcus Distinguished Professor of History and African Studies at Michigan State University, is the author of The Modern History of Ethiopia and The Horn of Africa; The Life and Times of Menelik II (RSP, 1995); The Politics of Empire: Ethiopia, Great Britain, and the United States, 1941-1974 (RSP, 1995). --This text refers to an out of print or unavailable edition of this title.
CATEGORIES:
Biography/History/Politices/Africa