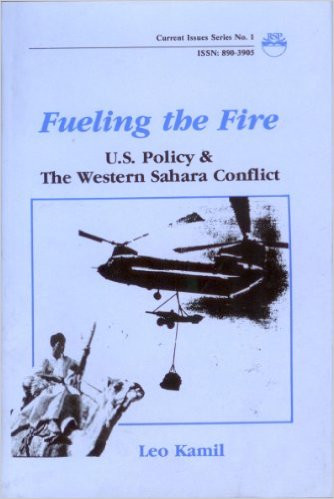 The question of self-determination of the people of Western Sahara has become a heatedly debatede international topic. Some of the Western countries have attempted to bury the issue by a sustained military and political support to King Hassan's expansionist venture. On the other hand, teh Western Sahara issue brought unparalleled schism and discord when Morocco, one of the founding members of the OAU, withdrew from the organization. The Sahrawi Republic, the state declared by the fighting POLISARIO Front, was then admitted into the OAU.

This brief essay describes and analyzes the role of the United States in the Western Sahara conflict. It is not a happy record, but one of malice and conspiracy. In the case of Western Sahara, the various administrations of the United States, from Ford to Reagan, abandoned the broader principles of justice and support for the right to self-determination. Instead, they decided to back a brutal war against the Sahrawi people in support of Morocco's illegal occupation of the territory.