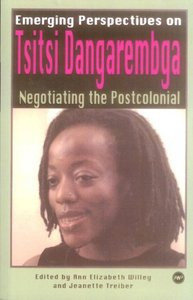 As a dramatist, novelist, short-story writer, filmmaker, essayist and public speaker, Zimbabwean author Tsitsi Dangarembga has claimed the attention of African Cultural Studies since the first publication of her novel Nervous Conditions, in 1989. As a text that raises crucial questions of how identities are formed in the crucible of African nations in search of independence, Nervous Conditions broaches several of the topics that have come to occupy the forefront of Postcolonial Studies such as colonial education, traditional versus modern or Western modes of living, gender relations, and the role of writing itself. Dangarembga's film, "Everyone's Child," similarly tackles the trials of growing up in a Zimbabwe ravaged by Aids and uneven development, exacerbated by unequal gender relations that leave young men with little hope and young women with even less. Because of their often subtle but always gripping portrayal of these complex dynamics of development, gender difference, and the development of an identity in a postcolonial context, these texts have gained a wide audience in American academies, from high school classrooms to graduate seminars.

This collection of essays devoted to Dangaremga reflects the wide variety of readers it has attracted: those interested in questions of gender, nationalism, Postcolonialism, public health, systems of education, African Literature; or more narrowly, readers interested in Zimbabwean Literature and cultural production in neocolonial Africa.

The volume is divided into three sections: Critiques of Postcolonial Rhetoric, material Culture, and Postcolonialism and Subjectivity. These groupings represent the varying approaches inspired by Dangarembga's texts, as well as the possibilities for fruitful interaction among sometimes widely differing approaches to work.

Dr. Ann Elizabeth Willey holds a Ph.D. in Comparative Literature and Theory from Northwestern University and is currently an Assistant Professor of English as the University of Louisville.. She has done research in Dakar, Senegal as a MacArthur Junior Scholar and has recently returned from a year in Burkina Faso as a Fulbright Lecturer at the Univeristé de Ouagadougou.

Dr. Jeanette Treiber holds a Ph.D. in Comparative Literature from the University of California, Davis. She has taught Comparative and African Literature as well as African Studies at UC Davis and at National University, and has published in Mariama Ba's Un Chant Ecarlate.