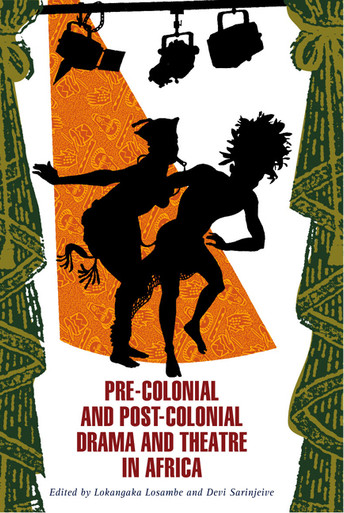 The last two decades of the twentieth century saw an unprecedented upsurge of interest in African drama and theatre, which is poised to continue into this century. As shown in this collection of essays written from different critical perspectives, African playwrights have clearly proven through their art that they are not only witnesses, but also consciences of their societies.

Their works bear witness to the strivings of the African people as they challenge the vices that continue to plague the continent, including neo-colonialism, dictatorship, corruption, repulsion, inter-ethnic conflicts, poverty, gender inequality, and HIV/AIDS.

This book, which also emphasizes the existence of a link or a sense of organic continuity within African literary tradition, between the pre-colonial and post-colonial forms of drama and theatre, will be of interest to general readers and a valuable guide to students and scholars of African literature and society.

DEVI SARINJEIVE is Professor and Head of the Department of English at Vista University, South Africa.