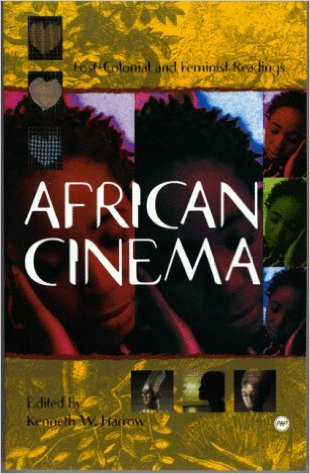 These essays speak directly and compellingly to contemporary issues in African cinema. They address key aspects of post-colonialism and feminism-the two major topics of interest in current criticism. Issues of spectatorship, national identity, ethnography, patriarchy, women's roles, and the creation of key film industries-issues that animate the discussion film today, are central to this volume.

Although there were filmmaking practices in Africa that date back to the colonial period, the films generally viewed and discussed here by students and critics of African film are those directed by Africans, and those made after independence in the early 1960s. The essays on the formation of three principal national film industries-those of Nigeria, Senegal and the Lusophone countries-best exemplify the emergence of African cinema when viewed from the optic language or nation. In addition, studies of genre, patriarchal structures, spectatorship, and representation, are central to the essays on women's films from Algeria, West Africa, and the Sahel.

Stephen Zacks's study of reassemblage offers a brilliant meditation on difference, anthropology and Trinh's positioning in her seminal work. Post-colonial theory is employed and examined in Jonathan Haynes's study of one of Africa's most innovative filmmakers, Jean-Pierre Bekolo. The grounding of a new approach to cinematic art in a specifically African aesthetic is the subject of a study on orality in African cinema by Keyan Tomaselli, Afrnold Shepperson and Maureen Eke. This is complemented by the studies of individual films, such Wend Kunni, Yeelen, and Sankofa, films that have had a strong impact on how we think of the African-centered aesthetic and vision of cinema, of history, and of tradition. Emile Ngo Nguidjol's bibliographic essay provides invaluable information on sources dealing with Africa women directors.

ABOUT THE EDITOR
KENNETH W. HARROW is a professor of English at Michigan State University. He has edited special issues of Research in African Literatures and Matatu dealing with African cinema in general and with women directors from Africa. His articles and encyclopedia entries dealing with African cinema have appeared in Iris, Studies in Twentieth Century Literature, Le Monde du Cinema, The Journal of Maghrebi Studies, Research in African Literatures, Matatu, and elsewhere. He has also founded and edits the Internet list H-Afrlitcine.