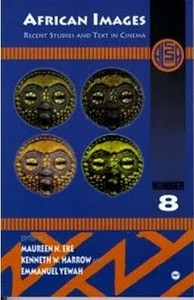 The twenty-third annual conference of the African Literature Association was a celebration of African cinema, in recognition of which it received the title, somewhat tongue-in-cheek, FESPACO Nights in Michigan. Among those filmmakers who attended the conference were Salem Mekuria, Ngozi Onwrah, Tsitsi Dangarembga, Bassek ba Kobhio, Jean-Pierre Bekolo, Francois Woukoache, Djibril Diop Mambety, Assia Djebar, Gaston kabore, Ola Balogun, John Akomgrah. The selected papers from that conference that appear in this volume constitute a tribute to the creative film-making that has distinguished African cinema since independence. Some of the subjects treated include the work of North African filmmakers Assia Djebar and Nouri Onwurah, and Jean-Pierre Bekolo. Assia Djebar's gracious and moving acceptance speech for the Folon-Nichols award is also included. The extension of cinematic influences to literature is the subject of essays on Sylvain Bemba and Kamau Brathwaite. And finally, two literary studies -- one on West African tale-motif of the Beautiful Daughter/Handsome Gentleman, and the figure of the black slave in North African tales-- complete the volume.

ABOUT THE EDITORS
MAUREEN N. EKE is an assistant professor of English at Central Michigan University, Mt. Pleasant.

KENNETH W. HARROW is a professor of English of Michigan State Univesity. He has published 'Thresholds of Change in African Literature,' and has edited 'Faces of Islam in African Literature; The Marabout and the Muse; African Cinema: Postcolonial and Feminist Readings,' (AWP 1999) and; 'Women with Open Eyes', a special issue of 'Matatu' on women and African cinema.