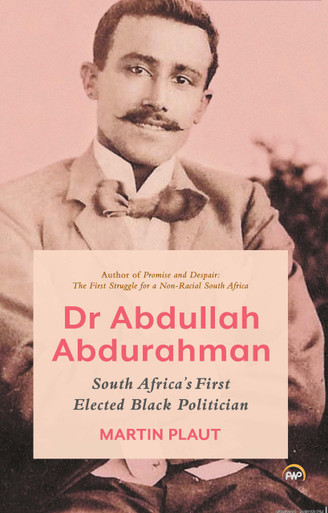 Dr. Abdullah Abdurahman (1872-1940) was the first person of colour ever to be elected to political office in South Africa. He represented some of the poorest people in Cape Town on the City Council and then the Provincial Council. First winning a seat in 1904, he was to serve the city for 36 years. Beloved by the people of District Six, for whom he fought so hard, Dr. Abdurahman is a forgotten giant of the fight for justice.

The grandson of slaves, he trained as a doctor in Scotland, returning to the Cape with a Scottish wife. Nellie and he were powerful partners – and their daughter, Cissie Gool, was among the most important political figures of her generation.

Dr. Abdurahman led the African Political Organisation (APO) – the leading coloured party of this period. He was a friend and ally of key political figures of his time: Sol Plaatje, Walter Rubusana, Mahatma Gandhi and W.P. Schreiner. He was a leading advocate of black unity, working tirelessly to resist the onslaught of white racism.

The doctor was among the most internationally admired South Africans of his time, arguing his case on delegations to London and India. He led South African Indians to Delhi, confronted the Viceroy and made a memorable address to the Indian National Congress.

At his death in 1940 Cape Town ground to a halt as the entire community paid their respects.

Drawing on previously undiscovered material, this biography lifts Dr. Abdurahman from the obscurity into which he has so unjustly sunk – explaining his life against the background of the difficult times in which he lived.

Martin Plaut is a Senior Research Fellow at the University of London. He studied at the universities of Cape Town, the Witwatersrand and Warwick before joining the BBC as a journalist in 1984. He reported extensively from Africa, retiring in 2013 as African Editor, BBC World Service News. He has advised the Foreign & Commonwealth Office, the US State Department and the European Parliament. He led the Africa program of the Royal Institute of International Affairs (Chatham House) and is an active member of the Royal African Society.