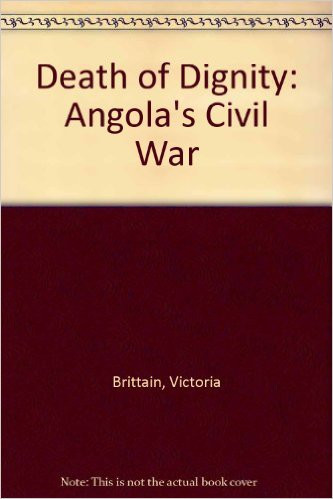 Angola has been embroiled in internal conflict since 1975. Yet despite countless casualties, two million displaced people and over 500,000 refugees, Western media have paid scant attention. This account provides an outline of key events and figures in recent Angolan history, offering first-hand reportage of how the revolution was deliberately derailed and the fabric of Angola systematically destroyed. Victoria Brittain describes the bombings and sabotage following Angola's invasion by South Africa in 1975 and examines the subsequent deployment of Cuban troops and the Soviet-supported MPLA's confrontations with a militia backed by the US, Morocco and Zaire. She looks at how Savimba's UNITA movement became a formidable army, and reveals his regime in Angola to be as brutal as the Khmer Rouge in Cambodia. The author argues that the terrorism of thousands of people and their human rights violations have been largely hidden from the world by US-driven propaganda portraying Savimbi as a democrat.