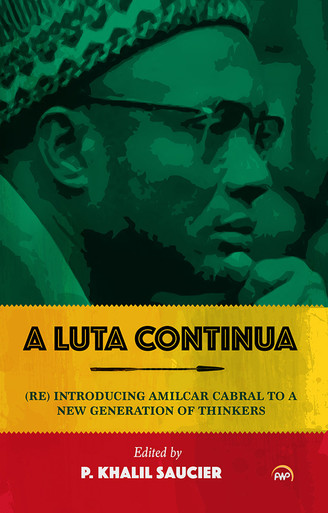 A Luta Continua: (Re)Introducing Amilcar Cabral to a New Generation of Thinkers contains essays that investigate, critique, extend, reaffirm, and elaborate on the work, practice, and history of Cabral in order to help channel outrage and reaction into a response rooted in strategy and unity. It explores his philosophical legacy as a source of living history in today's world - a historical context qualitatively different from that in which they were created. A Luta Continua is a prject of transmission and the cultivation of general black intellectuality aimed at helping create new modes of social organization that resist anti-Black and anti-African violence, and ultimately bring about black liberation.

For the current generation wrestling with the long legacy of racial capitalism, white supremacy, state violence and dispossession, A Luta Continua is right on time. These probing, sophisticated, generative essays bring Amilcar Cabral's philosophy of praxis into clear focus. Their critical reflections on Cabralian conceptions of culture, colonialism, postcolonialism, history, consciousness, the human, the people, the nation, repositions the African Liberation Movement as a chief progenitor of Black radical thought. The authors demonstrate Cabral's mantra that theory and praxis are the most powerful weapons we have.
-Robin D.G. Kelley, author of Africa Speaks, America Answers: Modern Jazz in Revolutionary Times

As Olufemi Taiwo astutely put it in his foreword, this wonderful collection of essays offers Cabral the thinker. It is a valuable contribution to intellectual work that bring to the fore the ideas of Africana intellectuals, for which this reader, along with what I'm sure to be many, will praise the efforts of this collective and its editor, P. Khalil Saucier. Work well done on thought regarding what proverbially needs to be done.
-Lewis R. Gordon, author of What Fanon Said: A Philosophical Introduction to His Life and Thought

ABOUT THE EDITOR
P. KHALIL SAUCIER is Chair and Associate Professor of Africana Studies at Bucknell University. He is author of Neccesarily Black: Cape Verdean Youth, Hip-Hop Culture, and a Critique of Identity (Michigan State University Press), editor of Native Tongues: An African Hip-Hop Reader (Africa World Press), and co-editor of On Marronage: Ethical Confrontations with Aniblackness (Africa World Press).