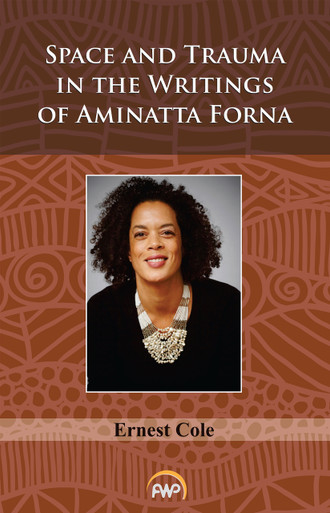 Space and Trauma in the Writings of Aminatta Forna is a critical study of her four works: a memoir, The Devil that Danced on the Water, and three novels, Ancestor Stones, The Memory of Love, and The Hired Man. This study makes the case that Forna's works delve into the historical and political landscapes of Sierra Leone and trace the growth and development of the nation from the pre-colonial to post-independence era. Within this trajectory she engages the legacies of colonialism, post-independence betrayal and disillusionment, political instability, violence, and oppression leading to the civil wars of the 1990s.

This book also explores the connections between space and identity in the context of post-conflict violence and trauma. It draws from spatiality and trauma theory to argue that the production of spaces is linked to the construction of human subjectivity, and that the identity of characters emerges from the spaces they occupy, and from their relationship to them. The book further articulates the point that history, trauma, and memory are interpretive tools to explore human actions and behaviors, and reconfigure individual and collective identities across multiple spaces.

Impelled by shared experience of civil war in their native Sierra Leone, Ernest Cole illuminates Forna’s works as richly variegated literary spaces for the contemplation of violence, displacement, and identity: not simply to expose the atrocities of the past, but in a common hope of redemption and renewal. A moving and insightful study, grounded in history, theoretically informed, and laced with the authenticity of nostalgia and regret, resentment and love
--Kathleen Verduin, Professor of English, Hope College

ABOUT THE AUTHOR
ERNEST COLE, PhD, is Associate Professor of English and Director of Global Learning at Hope College, Holland, Michigan, where he teaches Post-Colonial literature with an emphasis on Sub-Saharan Anglophone Africa, India and the Caribbean. Previously he taught African literature at Fourah Bay College (1990-1996), Gambia College, (1996-2000), and the University of The Gambia (2000-2003). He has published three books, a monograph Theorizing the Disfigured Body (Africa World Press, 2014), an edited volume with Eustace Palmer Emerging Perspectives on Syl Cheney-Coker (Africa World Press, 2014), and another edited collection with Oumar Cherif Diop Ousmane Sembene: Writer, Filmmaker, and Revolutionary Artist (Africa World Press, 2016).