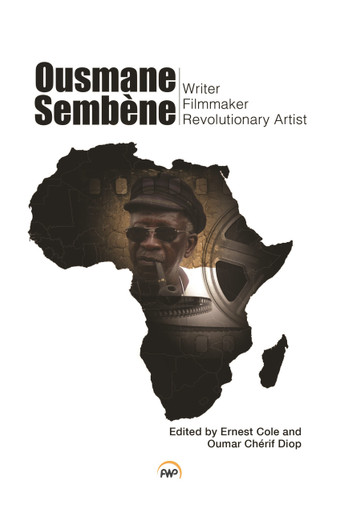 Ousmane Sembene: Writer, Filmmaker, and Revolutionary Artist explores the disillusionment and disenchantment occasioned by the reversal of expectations of post-independent African societies. Prominent as motif in the essays selected for inclusion in this collection is Sembene’s denunciation of neocolonialism and African complicity in the political and psychological colonization of its people. Using his native Senegal as socio-political microcosm of post-independent African societies and film as aesthetic medium to examine corruption, nepotism, oppression of women, and religious intolerance, Sembene focuses on education as instruments of colonial domination and agents of destruction of African cultural heritage. The essays unveil his condemnation of the western media for its misrepresentation and dehumanization of indigenous African peoples and systems and for promoting a culture of inferiority and sub-humanity that accentuates binaries inherent in western ideologies of racial superiority and civilization. By an exploration of themes relating to the allegorical; the development of the nation state and national consciousness; language and resistance; translation, adaptation, and critique; satire and irony; the reimaging of gender in traditional African practices; orality and performance; naturalism and temporality; imitation, gestures, still life; realism and otherness; these essays demonstrate Sembene’s craftsmanship in both writing and film as well as his ideological and political stance (in so far as colonialism, womanhood, the anti-colonial struggle, working class consciousness, Negritude, and neocolonialism are concerned). Indeed as Sembene contends, African art, and filmmaking in particular, must work to reverse the binaries and deconstruct the structures of hegemony, domination, and control.

Ousmane Sembene: Writer, Filmmaker and Revolutionary Artist is divided into four sections: Section A – Interviews, Section B – Filmography, Section C – The Novel and Short Stories, and Section D – Tributes. Section A is a collection of interviews of Sembene. It is intended to present Sembene, the man and artist, in his own voice; an articulation of the artist’s perspectives from his own point of view. The interviews serve as backdrop to contextualizing and analyzing the thematic and stylistic preoccupations of the artist explored in the selected essays in Sections B and C of the volume. Filmography is centered on an examination of the films of Sembene. It opens with a historical narrative of the development of African film and draws from prominent essays to foreground details of Sembene’s aesthetics as filmmaker, producer, and director. Section C focuses on the novel and short story. In this section, a lot of attention is paid to Sembene’s two written works, God’s Bits of Wood and Xala and the intersections between the novel, film, and their audiences. The essays in this collection seek to capture the artist’s preoccupation with self-consciousness, social liberation, and political empowerment of the masses.

ERNEST COLE, PhD is Associate Professor of English and Director of Global Learning at Hope College, Holland, Michigan, where he teaches Post-Colonial literature with an emphasis on Sub-Saharan Anglophone Africa, India and the Caribbean. Previously he had taught African literature at Fourah Bay College, Gambia College, Brikama and the University of The Gambia. He has published two books, a monograph Theorizing the Disfigured Body (Africa World Press, 2014) and an edited volume with Eustace Palmer Emerging Perspectives on Syl Cheney-Coker (Africa World Press, 2014).

DR. OUMAR CHERIF DIOP is Associate Professor of Postcolonial Literature at Kennesaw State University in Georgia, USA. He teaches African literature, African Diaspora literature, World literature, and critical theory. His research deals with violence and trauma in postcolonial literatures. His publications include: “Teaching about Africa:  Violence and Conflict Management” in Teaching Africa: A Guide for the 21st Century Classroom and “Traumatics: The Representation of Trauma in Yvonne Vera’s Without a Name”: Managing Conflicts in Africa’s Democratic Transitions.