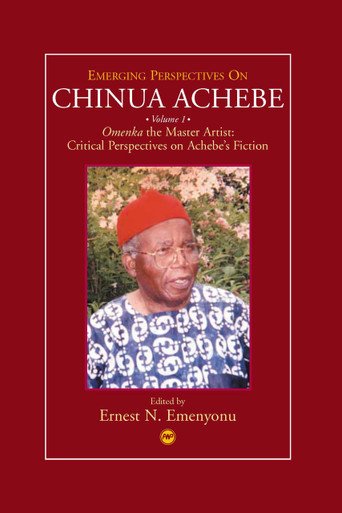 Chinua Achebe, a literary icon of the 20th century is widely regarded as Africas best novelist to date, and one of the worlds greatest. His narrative style and techniques have given rise to what has been characterized as the African art of the novel. It consists of ingenious indigenization and skillful manipulation of the English language to enable it to convey essential and intricate traditional African speech patterns and sensibilities. It also portrays an assertive African cultural voice telling African stories in an African manner.

OMENKA is the first of a two volume celebration of this modern African literary tradition which owes its origin to Achebes landmark classic novel, Things Fall Apart (1958), which in over 55 languages and with more than 8 million copies in print, is the most widely read African novel, inside and outside the African continent. Some critical anthologies have been published on Achebes fiction at various stages of Achebes writing, but OMENKA is the first work of criticism in the 21st century which covers all of Chinua Achebes fictional writings up to the end of the 20th century. It is a compendium of 37 essays by eminent scholars from Africa, Europe, Canada and the United States. The essays provide global perspectives of Chinua Achebe as an artist with a proper sense of history and an imaginative writer with an inviolable sense of cultural mission and political commitment.

The book is divided into eight parts. Part I consists of eleven essays which discuss authoritatively various aspects of Things Fall Apart, from innovative stylistics to intriguing feminism in the African context, and from cross-cultural dimensions to Igbo cosmology. The four essays in Part II focus on No Longer at Ease, highlighting with intense particularity the artistic and situational significance of this least studied of Achebes novels. Part III contains six essays on Arrow of God, ranging from discourse on the duality of the Chief Priest, Ezelus personality, to the tragic muse and cultural hero in the novel. There are four essays in Part IV. These examine the various facets of A Man of the People, from political symbolism to Igbo (African) leadership ideals. Part V focuses on Anthills of the Savannah and its five essays argue the woman question and the phenomenon of military dictatorships from intriguingly contrasting perspectives. Part VI consists of two eloquent essays on Achebes response to the Nigerian civil war in Girls at War and Other Stories and Beware Soul Brother and Other Poems. Part VII is devoted to the symbolism in Achebes short stories, using the The Mad Man for precise illustration. The book ends with Part VIII which has four essays focused on the versatile thematic dimensions and artistic dexterity in Achebes four books for younger readers.

ABOUT THE EDITOR
ERNEST N. EMENYONU is Professor of English and Director, Africana Studies Program at St. Augustine's College Raleigh, North Carolina. He is the former Deputy Vice Chancellor of the University of Calabar, Nigeria.