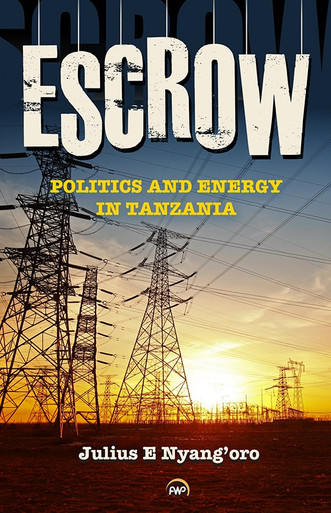 This is book the first full account of the Escrow scandal that rocked the Tanzanian political scene in 2014 and 2015. The political and legal ramifications of the scandal for the political development of the country are still an open question with various political factions in the country trying to use it for their own advantage. While the scandal itself is well known to most Tanzanians who follow news in the public media, the story so far has been presented in ways which reflect political bias at every turn. This book is the first attempt to present the story of Escrow in an objective manner using official publications and commentary by observers as the basis for analysis. The escrow story is important not only because it dominated the political discourse in the country for two years, but is doubly important because it deals with the energy sector which is an important and critical sector in the economic development of the country. This work therefore needs to be considered as part of a comprehensive critique of Tanzania’s political economy in the era of globalization.

“Tegeta Escrow Scandal” Nyang’oro writes, “is one of the most dramatic political events to occur in Tanzania, in recent memory.” The scandal almost brought down a Government, tarnish the Presidency and provided the fodder for the most vigorous challenge to the ruling party CCM.  Indeed, the saga needed to be analysed through an independent lens to derive lessons from.

ESCROW: Politics and Energy in Tanzania provides an independent analysis that gives the reader an impartial view of what transpired, why it was viewed differently by different players, why it was important and how it has dire consequences across the economy and the social fabric. Indeed, it is sober analysis and fairness, not a rush to judgment that is required when it comes to political hype, good governance and political accountability.

"Julius Nyang’oro’s analysis provides the basis for a better understanding of perhaps Tanzania’s most influential political-economic event of the decade. His views run counter to both sides of the coin and reveal deep truth – one that may make either side uncomfortable but at the same time minimize the scale of misunderstanding of the issue. The extensive appendices provide the back-up to the analysis which is neither too legalistic nor too political or technical to all readers alike, to follow. With the way the new President Magufuli’s government has taken off, the narrative spurs debate on the nature of politics, governance and accountability not only in Tanzania but also across the East Africa region as a means to enhance democracy. It is a must-read that unpacks powerful insights at once."

ABOUT THE AUTHOR
JULIUS E. NYANG'ORO is Senior Advisor for Africa at Global Growth Advisors, an international consulting firm with offices in New York, Miami, Beijing, Hong Kong, Montevideo and Teheran. A graduate of the University of Dar es Salaam, he received his Juris Doctor from Duke University, and PhD in Political Science from Miami University. He is the author of numerous books including, The State and Capitalist Development in Africa.