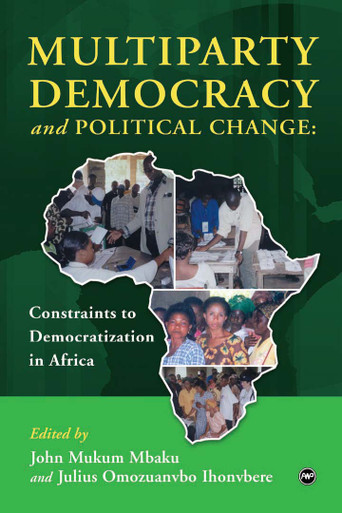 This book is written by seasoned scholars of African Studies and is intended to make a significant contribution to the debate on democracy and democratization in the continent. It contains a rich mixture of analytical ideas and views on the transition to democratic governance in Africa. It provides both students of African political economy and policymakers in the continent an in-depth analysis of the post-independence experiences of African countries with institutional reforms.

Specifically, the contributors to this important volume examine the struggles of Africans, since independence, to provide themselves with accountable, participatory and democratic governance structures, and resource allocation systems that guarantee economic freedom and enhance entrepreneurship and wealth creation.

This volume breaks new ground in that it places significant emphasis on the reconstruction and reconstitution of the neocolonial state as a critical first step to a successful transition to democratic governance in Africa.

ABOUT THE EDITORS
JOHN MUKUM MBAKU is Willard L. Eccles Professor of Economics and John S. Hinckley Fellow at Weber State University, Ogden, Utah and Associate Editor of the Journal of Third World Studies. His research interests include public choice, constitutional political economy, trade integration, intergroup relations, and institutional reforms in Africa. His most recent publications include The Transition to Democratic Governance in Africa: The Continuing Struggle (2003) and Political Liberalization and Democratization in Africa: Lessons from Country Experiences (2003), both co-edited with Julius Omozuanvbo Ihonvbere; Africa at the Crossroads: Between Regionalism and Globalization (2004), co-edited with Suresh Chandra Saxena; The Leadership Challenge in Africa: Cameroon under Paul Biya (2004), co-edited with Joseph Takougang; Institutions and Development in Africa (2004); and Culture and Customs of Cameroon (2005).

JULIUS OMOZUANVBO IHONVBERE is Special Adviser to President Olusegun Obasanjo on Policy and Project Monitoring, Government of Nigeria, Abuja, Nigeria. His most recent publications include The Transition to Democratic Governance in Africa: The Continuing Struggle (2003) and Political Liberalization and Democratization in Africa: Lessons from Country Experiences (2003), both co-edited with John Mukum Mbaku.