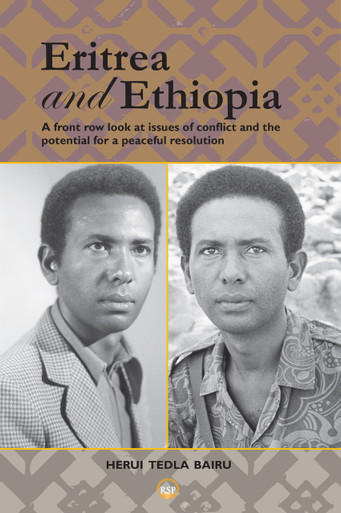 The study explores the phenomenon of conflict between Eritrea and Ethiopia between 1941 and 2011. The Eritrean Liberation Organizations (ELO) did not only fight against Ethiopian governments for thirty years; they also fought against each other for supremacy. The role played by the Ethiopian Students Movement (ESM) in propagating a Marxist revolution, and forging a generation of Ethiopian revolutionaries, is also discussed. ESM branched out into two parties known by their acronyms: MEISON and EPRP. This book also aims to improve our understanding of the struggle against the current Eritrean dictatorship.

The study demonstrates that the claim the Unionist Party sabotaged the Biet Ghiorgis Conference (the first formative gathering of Eritrean nationalist elements) all is not sustained by facts. Similarly, the book concludes that none of the Eritrean political parties of the 1940s/50s, measured by the values of national unity, and anti-colonialism, were nationalists. Proper Eritrean nationalism was only formulated by the Eritrean Revolution. We also found that Eritrean irredentists, who conducted armed struggle against the British Military Administration and Italian settlers, were not mere bandits. Finally, the author uncovers that the first elected Chief Executive of Eritrea under the Federal order had resigned on his own volition in spite of the claims otherwise.

It is useful to keep in mind that the United Nations sanctioned the Eritrean/boundary twice: a) the 1950 UN Resolution on the Federation between Eritrea and Ethiopia and its implementation in 1952; and b) the Referendum of 1993. From this perspective, the so-called “Boundary Issue” has to do with the existing state of war between Eritrea and Ethiopia and not the already established Eritrean/Ethiopian boundary. In the concluding chapter, the author proposes a path for a peaceful resolution to the Eritrean/Ethiopian conflict within the context of Eritrean/Ethiopian cooperation.

ABOUT THE AUTHOR
HERUI TEDLA BAIRU, a political scientist, is one of the founders, organizers, and theoreticians of the Ethiopian Students Movement (ESM) in the early 1960’s. He was the Vice President of the Eritrean Liberation Front and the head of its Political Bureau for the period 1971-75. Later, he, became the General Secretary of the Eritrean Democratic Movement (1977-90). After independence Herui served as a member of the Eritrean parliament. He later became Secretary General of the Eritrean Alliance, consisting of sixteen organizations, for the period 2002-2005. He is presently the chairman of the influential Eritrean Congress Party.