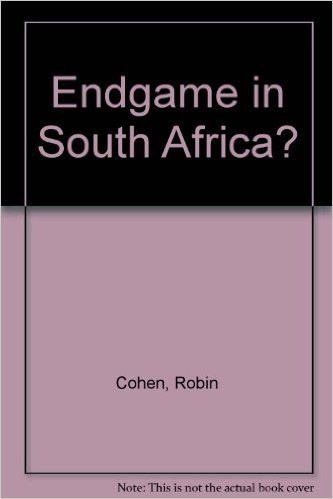 These are the four pillars of apartheid. If white political power is dislodged will the three others pillars now actually crumble?

This book, which is published on the tenth anniversary of the Soweto rising, gives a brisk analysis of the ideology of apartheid and relates it to the key social institutions and practices. Students in particular will find useful the reading guide and bibliography.

Professor Cohen reaches behind the ideological pronouncements to establish a somewhat sobering prophecy that there may well be more continuity that many people would expect. There are elements of stasis in the social structure that are so deeply embedded that quite major ideological and political shifts will not easliy dislodge them.

In the end he leaves us all with the question
'Apartheid is dying but will it lie down?'