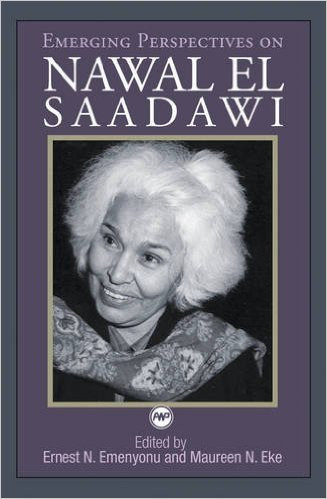 This edited volume focuses on the writings of Nawal El Saadawi, generally acclaimed as 'the Arab world's leading feminist and iconoclast'. Saadawi's concerns and advocacy for the struggles of women of the Arab world have progressively blossomed into a concern for the struggles of women all over the globe—the underprivileged, the subaltern, the disenfranchised, and all women suffering from the burdens of oppression, patriarchy, injustice, and dehumanization—attributable to feudalistic, political, cultural, or economic systems. She aptly describes herself as a 'socialist feminist'.

The volume is intended to serve as a handbook for teachers who teach courses on Nawal El Saadawi's works of literature as well as women's ad gender studies. It will also be useful as a guide for both scholarly and general readers of Nawal El Saadawi's works for a better understanding of setting, content, style, and narrative techniques in addition to Nawal El Saadawi's vision of feminism and her activist mission towards its articulation and implementation.

Ernest N. Emenyonu is a Professor of Africana Studies, and until recently, the Chair of the Department of Africana Studies, University of Michigan-Flint. A specialist in African literature, he has taught African literature in various universities in Nigeria and the United States. He was previously Deputy Vice-Chancellor, University of Calabar, Nigeria as well as former Provost, Alvan Ikoku College of Education (now Alvan Ikoku Federal College of Education), Owerri, Nigeria. He is the author of several works of criticism on African literature as well as fiction. His recent publications include Emerging Perspectives on Chinua Achebe Vols 1 & 2, a collection of short stories, Tales of our Motherland, and a number of children's books. he is the Editor of the journal, African Literature Today.

Maureen N. Eke is a Professor of English at Central Michigan Universit, Mt. Pleasant, where she teaches courses in African and postcolonial literature/theory, as well as African cinema, African American literatures and black women's writing. Her publication include two co-edited volumes: Gender and Sexuality in African Literature and Film and African Images: Studies in Cinema, and Text as well as numerous articles on African cinema, African literature, and African American Studies. her articles have appeared in Research in African Literatures, Callaloo, and Visual Anthropology. She serves on the editorial boards of several international publications, including Critical Arts, Journal of African Cinema, and Mbari. She is currently working on an edited volume on the works of Tess Onwueme.