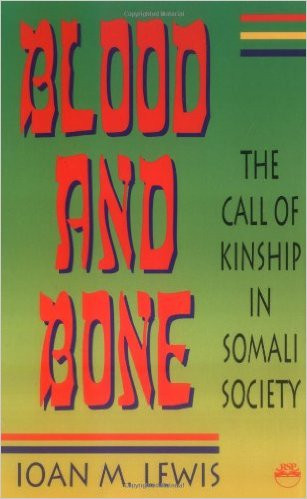 In Somali political culture, clan solidarity is represented by the evocative symbols of blood and bone -- immutable natural endowments inherent in kinship traced through the father in the male line. Blood And Bone explores the extraordinary persistence and resilience of these age-old loyalties. Grounded in the traditional life resource, the basis of the individual's social, political and economic security, Outside the local pastoral economy, it has proved equally adaptable in organizing labor migration and livestock trading in the gulf states. It survived and even flourished under the anti-clan regime of "scientific socialism" of the 1970s, and played a crucial role in the most successful recent Somalia guerrilla movement. Above all, it dominates the 1990s crisis of the Somali state.

Blood And Bone is "must" reading for anyone trying to understand the seemingly genocidal carnage that has reduced much of urban Somali to rubble, and why the United Nations efforts (led by the United States) to restore order and bring about the conditions for peace between warring Somali clans and factions were to prove so tragically unsuccessful. And why the violence and blood-letting goes on with no end in sight.