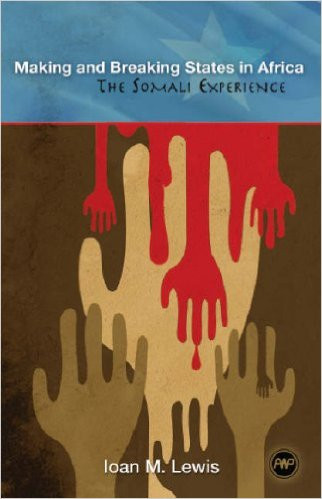 This book analyzes crucial episodes in the recent political history of the Somali people. In their complicated dialogue with ‘modernity’, the Somalis illustrate the extremes of modern African statehood. In contemporary ‘Somalia’ which, for twenty years has not been a functional political reality, they have produced a failed state par excellence. In the neighboring and smaller Somaliland Republic, however, they have achieved what is widely regarded as one of the more effective states in the continent. Ironically while dysfunctional Somalia, despite its collapse, is still internationally recognized, functional Somaliland has yet to receive formal recognition.

The successful political integration achieved in Somaliland is the result of a long-drawn out process of indigenous, low budget, grass-roots peace-making and ‘nation-building’, without parallel in Somalia. There, the ‘peace-process’, has chiefly been the work of external agencies (at huge cost), with insufficient knowledge of, and sensitivity to, local structures and processes. Somalia is still vainly seeking peace but the process has been profoundly complicated by the invasion of Saudi fundamentalist movements such as al-Shabaab , with its al-Quaeda associations, and global jihadist aspirations.

Local Somali Islamists tend to react hostilely to these extremists whom they regard as attempting to exploit the poverty and backwardness of their country for their own purposes, and with little concern for genuine Somali interests. The conflict between these fundamentalists and traditional Sufi Muslims is currently a major source of internal disunity and fuels Somalia’s notoriety as a potential haven for international terrorism. The traditionally based piracy, which in the present destitute circumstances of the unemployed in Puntland (in the north-east of the country), has become a major local industry, adds to the very negative image of Somalia as a failed state, a country that can neither provide for nor protect and police its starving citizens. This is a terrible conclusion to a process of political modernization which started with such verve and promise.

ABOUT THE AUTHOR
IOAN M. LEWIS is Emeritus Professor of Anthropology at the London School of Economics and was Director of the International African Institute and Chairman of the Africa Educational Trust. He has taught Social Anthropology in Africa, Asia, North America, and Europe and written over twenty books—seven on various aspects of Somali society and culture. He is widely regarded as a world authority on Somali and a leading British social anthropologist.