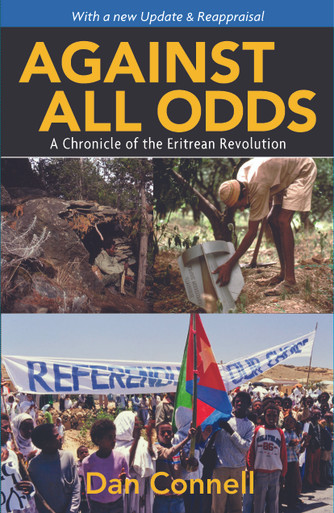 Against All Odds is a firsthand account of Eritrea’s 30-year struggle for independence from Ethiopia, which it won in 1991 with little outside support after defeating successive U.S.- and Soviet-backed regimes and overcoming drought and famine while working to unify and reform the society from which it derived its strength. A 1997 Afterword captures the optimism generated by these achievements. But a New Reappraisal recounts its slide into despotism after renewed conflict with Ethiopia and the dark years of isolation and repression that followed, the hopes raised by a 2018 peace pact and then dashed by another round of war. It concludes with reflections on how to break this cycle and begin the democratic transition for which so many fought and died.

“An inspiring story of courage, dedication, achievement and hope with important lessons to teach.”—Noam Chomsky

“No one wanting to have and to test reliable opinions about Africa today is going to be able to ignore Against All Odds.”—Basil Davidson

Dan Connell (danconnell.net)—a former journalist-turned-aid-professional and author—is a visiting researcher at Boston University whose work on Eritrea spans five decades. He has reported for BBC, VoA, AP, Reuters, and other media and consulted for aid agencies and human rights organizations. His books include Rethinking Revolution (2002), Conversations with Eritrean Political Prisoners (2005); and the Historical Dictionary of Eritrea (2010 and 2019).