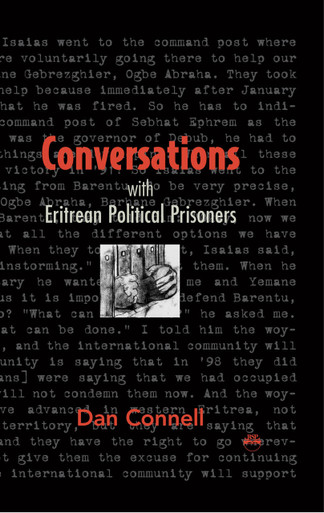 This book revisits that debate through interviews with five criticstop government officials and former liberation movement leadersshortly before they disappeared into the Eritrean gulag. Since then, none has been seen, heard from or accounted for. Nor has any been charged with a crime. As these conversations reveal, the speakers knew what was in store for themarrest and indefinite detention. This is why they spoke with veteran journalist and long-time friend of Eritrea Dan Connell. This book not only opens a critical window onto that seminal moment; it signals the persistence of the dream of a democratic future for a remarkable nation whose promise has yet to be fulfilled.

ABOUT THE AUTHOR
DAN CONNELL, a two-time MacArthur Foundation grantee, is the author of five books on Eritrea, including "Against All Odds: A Chronicle of the Eritrean Revolution" (1997). His reports and commentary have been carried by the BBC, Voice of America, AP, Reuters, "The Boston Globe," "The Guardian," "Le Monde," "Foreign Affairs," and "The Nation." He is currently a lecturer in journalism and African politics at Simmons College, Boston, and lives with his wife, Debbie Hird, in Gloucester, Massachusetts.