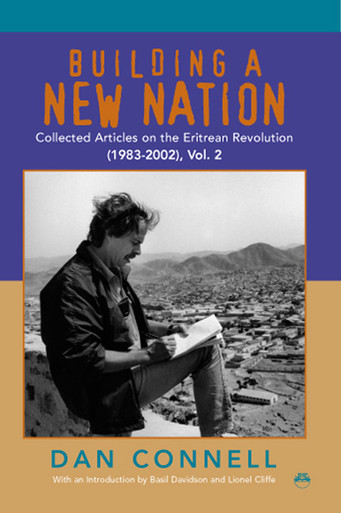 In April 1976, Dan Connell slipped into Eritreas besieged capital, Asmara, where he witnessed the assassination of a top-ranking Ethiopian official and its bloody aftermaththe summary execution of dozens of innocent civilians. His front page account in "The Washington Post" broke Ethiopias long-standing information blockade.

Connell went on to write about the radical social transformation underway in guerilla-held areas, the near defeat of Ethiopias American-backed army, the intervention of the Soviet Union, the liberation movements strategic retreat, the onset of famine, the final Eritrean victory, the effort to reconstruct and develop the war raved new state, the renewal of fighting with Ethiopia, and the economic and political setbacks that followed. Often his was the only voice outsiders heard or read on events in Eritrea.

This two-volume collection of Connells writings, spanning a quarter-century, recounts the experience of Eritreas protracted independence war and its postliberation transition with vivid eyewitness imagery and insightful analysis. New introductions to each thematic section set the context-personal and political-for the reportage. The anthology provides a unique record of the birth of this culturally diverse new nation, the evolution of the political movement that lead it, and the challenges faced by the reporter who covered it. "Taking on the Superpowers" (Vol. 1) spans 1976-1983. "Building a New Nation" (Vol. 2) spans 1984-2002.

ABOUT THE AUTHOR
DAN CONNELLs reports on Eritrea were carried by the BBC, VOA, Pacifica, AP, Reuters, "The Boston Globe," "The Financial Times," "The Guardian," "The Miami Herald," "Le Monde," "La Republica," "Foreign Affairs," "Middle East Report," "The Nation," "The Review of African Political Economy," and numerous other print and broadcast media. A two-time MacArthur Foundation grantee, he is the author of "Against All Odds: A Chronicle of the Eritrean Revolution" (Red Sea Press, 1997); "Rethinking Revolution: New Strategies for Democracy & Social Justice: The Experiences of Eritrea, South Africa, Palestine & Nicaragua" (Red Sea Press, 2002); and "Eritrea: A Country Handbook"(Ministry of Information, Asmara, 2002).