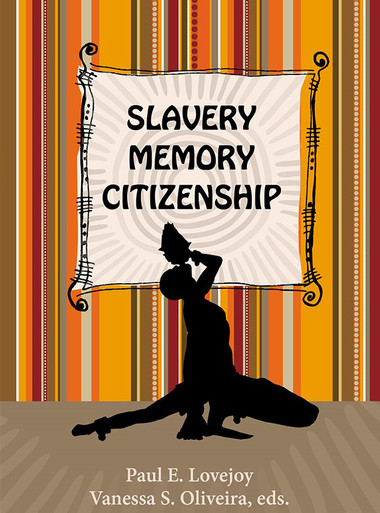 This volume considers the interface in which slavery, memory, citizenship have been intertwined. The full rights and responsibilities associated with citizenship confront the legacy of slavery, the persistence of racism and the ways people want to remember past wrongs that affect the lives of people in the present. Indeed achieving full citizenship also has to overcome what people don't want to remember about the past because of the inconvenience of knowing the truth and the difficulty of adjusting attitudes and social relationships. It is easier to carry forward stereotypes and perpetuate misunderstandings than to promote levels of social justice that can only be achieved through reconciliation and reparation.

The thoughtful and inspiring discussions at the Summer Institute held at York University in August 2011 have now been carefully edited as a series of critical essays at the crossroads of memory, citizenship, and slavery. Privileging elastic and capacious interpretations over unilinearity, all the essays weave ethical dilemmas and moral stakes with long-range histories, thus creating a new intellectual mandate to expand the frontiers of knowledge. There are superior arguments spread all over the pages, suggesting that fresh ideas are alive, a right turn is taken, a moral present can speak to an ethical past, and critical articulation can address diverse audiences that are indispensable to our discipline.

The Harriet Tubman Institute has explored the movement of African Peoples globally, as reflected in this volume. The issues of Slavery, Memory, and Citizenship are particularly relevant today as the United Nations has declared 2015-2024 as the Decade to focus on peoples of African Descent. These well researched original papers engaging the experience and memory of slavery in Colonial Chile, the Antebellum United States, Canada, France, Haiti, and Mexico provide background for the current discussions on reconciliation and reparation. These essays and their illustrations is a must read for all who care about the legacy of slavery and racism in formulating social and public policy.

ABOUT THE EDITOR
PAUL E. LOVEJOY is Distinguished Research Professor in the Department of History, York University and was the founding director of the Harriet Tubman Institute for Research on Africa and its Diasporas. His recent publications include Jihad in West Africa during the Age of Revolutions, 1780-1850.

VANESSA S. OLIVEIRA received her Ph.D. at York University and holds a Post Doctoral Fellowship from the Social Sciences and Humanities Research Council of Canada. Her thesis, “The Donas of Luanda, c. 1773-1870: From Atlantic Slave Trading to 'Legitimate Commerce,'” focuses on the Portuguese colony of Angola.