SLAVERY, COMMERCE AND PRODUCTION: In the Sokoto Caliphate of West Africa, by Paul E. Lovejoy 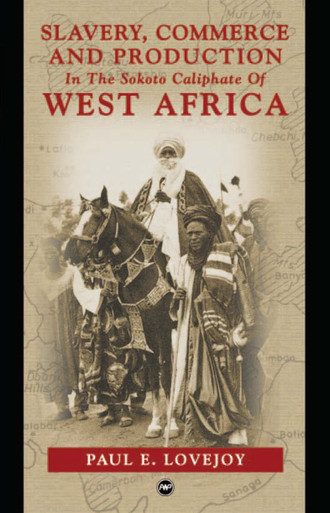 SLAVERY, COMMERCE AND PRODUCTION: In the Sokoto Caliphate of West Africa, by Paul E. Lovejoy

This collection brings together the key essays on the history of slavery in the Sokoto Caliphate in West Africa of Paul E. Lovejoy, Distinguished Research Professor of History at York University and holder of the Canada Research Chair in African Diaspora History. Lovejoys work explores the role of slavery in the consolidation of the largest state in Africa in the 19th century, particularly in relation to the interior of modern Nigeria, Niger, and Benin before c. 1900, when Muslim merchants and entrepreneurs dominated economy and society.

The essays are essential reading for those interested in the functioning of the internal social and economic structures of African countries during the era of trans-Atlantic and trans-Saharan slave trades. Lovejoy pays particular attention to the importance of slavery in trade and production in the context of Islamic society.