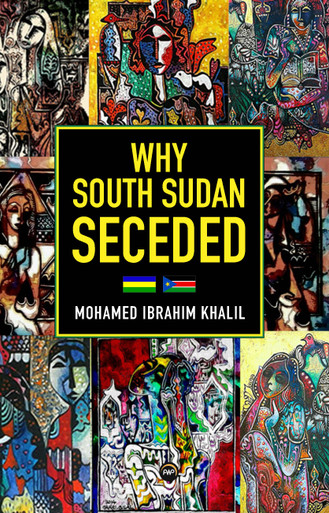 This book is a study of the historical, political, and legal events that led to the secession of South Sudan.

After an opening chapter on the historical background of the Sudan from early times until independence, the book gives a brief account of how the British Condominium administration ruled the country generally and the policies adopted by it with respect to the Southern Provinces. It then proceeds to discuss in some detail how the democratically elected independence governments and the country’s first military regime tackled North/South relations and the complicating factor of Islamization adopted by Omar al-Bashir’s regime and the detail of the negotiations in Abuja and Naivasha ending with the Comprehensive Peace Agreement and the interim constitution.

The book ends with a two-section epilogue, the first of which deals with the problems still unsolved and continue to threaten peaceful neighborly relations between Sudan and South Sudan, principally Abyei and its Njok Dinka inhabitants who still lie within Sudanese territory. The second section poses solutions that would have enabled Northerners and Southerners to live as equal compatriots in a modern Sudan governed by a democratic constitution that guarantees basic human rights.

"It is a concise, but comprehensive history of Sudan from ancient times through formative phases to the present. The horrors and gross indignities to which the people of South Sudan have consistently been subjected by a succession of foreign invaders, slavers and rulers, and the utter failure to address these egregious denials of the basic rights of humanity and citizenship by the governments of independent Sudan made the secession of South Sudan virtually inevitable. In retrospect, what should and could have been done looks quite obvious, which makes the failure even more unscrupulous."

"The author of this book, Mohamed Ibrahim Khalil, was asked to Chair the Sudan Referendum Commission that supervised the referendum held on July 9, 2011 – an appointment that was highly appreciated by the Southern voters who had full confidence in the author to run an extremely credible Referendum."

Mohamed Ibrahim Khalil is a practicing advocate and commissioner for oaths, the ex-Chairman of the Southern Sudan Referendum Commission, ex-Speaker of Sudan’s last democratically elected Constituent Assembly, and a former Minister of Justice and Foreign Affairs.  In the United States, Professor Khalil held the positions of scholar, Woodrow Wilson International Center for Scholars, Peace Fellow at the United States Institute of Peace, and Scholar in Residence at the Middle East Institute of which he retains the title of Adjunct Scholar.