THE EPISTEMOLOGY OF COLONIAL/POSTCOLONIAL VIOLENCE, by Huma Ibrahim 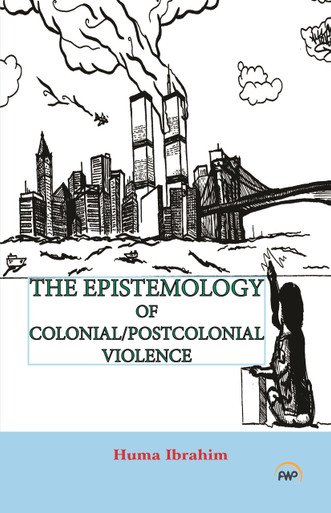 THE EPISTEMOLOGY OF COLONIAL/POSTCOLONIAL VIOLENCE, by Huma Ibrahim

The Epistemology of Colonial/Postcolonial Violence takes a multi-disciplinary approach to the expression of violence, its pervasive occurrence and possible solutions. It examines both earlier theorists of vio¬lence and war such as Clausewitz, Hannah Arendt and postcolonial theorists like Franz Fanon and Jean Paul Sartre. Most particularly this book en¬gages with the discourse emerging from brilliant theorists like Edward Said and Noam Chomsky. This book addresses the implications of what oc¬curred as a postscript to September 11 in an impe¬rial nation. The United States moved into a divisive war of retaliation, revenge and devastation against large Muslim populations all over the world. Most importantly, Episte-mology engages with the problematic aspects of an imperial narcissistic response towards human suffering.

"This is a stupendous and brave analysis of and insight into violence which come from avarice related to colonization; unequal access to military power and hardware; and intellectual domination.  Ideologically this book tries to understand the underpinnings of colonial power and the blindness thereof.  It analyses the response to Western globalized aggression as seen through the eyes of theoretical scholars as well as literatures from Africa, Asia and South America. This is a big project that tries to include all colonized nations.  The scope of the project is ambitious especially as most of the world still suffers the effects of colonization. This includes so-called first world countries like the United States of America which still has divisions related to the heritage of slavery which remains unacknowledged.   Not all African-Americans benefit   from the economic and educational and health facilities available in their country.

This will be a book to be recommended to professors in several fields as it will allow students to think out of the box.  The events in France of the past week show clearly how necessary this kind of analysis is for peaceful transitions into the 2015 world."

DR. HUMA IBRAHIM is a Postcolonial Theory and Literature specialist.  Her interests span from Anglophone African to South Asian literature and their Diasporas.  She has taught in several Universities, primarily in the U.S., but also in Europe, Asia and the Gulf countries.  She is in the process of revising her book, The Other Body:  Spectacle Silence Sexuality. She is currently Full Professor at Kwara State University in Nigeria.