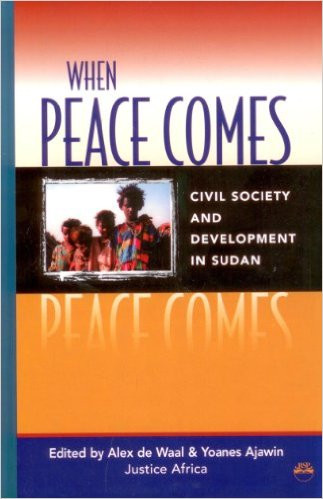 Sudan's civil war is 18 years old—but it must come to an end sometime. What challenges will face the Sudanese state and civil society as they try to reconstruct a ravaged and divided country? How will a post-war Sudan respond to the challenges of globalization while it tries to rehabilitate its economy, resettle its refugees, and rebuild its institutions?

-How is Sudan to achieve sustainable and equitable development, given its deep poverty, huge debt, decayed infrastructure, and extreme income
inequalities? How can it use its oil revenues to promote social justice and not just enrich the few?

-How is rural food security to be ensured? Should Sudan embark upon radical land reform?

-How are the multiple armed groups in Sudan to be disarmed and demobilized, and how is a new national army to be built from the acrimony, fragmentation
and proliferation of weaponry that exist today?

-Should refugees and displaced people be seen as a burden or as an asset? How can they be made full citizens for a rebuilt Sudan?

-How can women play a full and active role in peacemaking and promoting human rights in Sudan?

-How can a new political system ensure political pluralism? How can it balance the demands of central government and the regions?

-What should be the political role of Islam? How can a democratic government reconcile Islam and the rights of all Sudanese citizens.

Yoanes Ajawin is a former judge and parliamentarian in Sudan. Since 1990, he has been a human rights activist and is director of Justice Africa. He is also the Chairman of the Committee of the Civil Project.