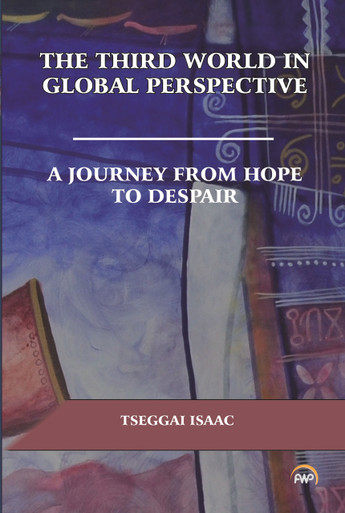 Third World Politics in Global Perspective: A Journey from Hope to Despair is a book of masterful analysis and profound erudition focusing on the economic, political, social, and cultural factors that have placed the Third World countries in their current global position at the bottom rung of the world’s economic order.

The book begins by redefining the Third World in light of the post-Cold War geopolitical global repositioning. The chapters incorporate the Second World into the rank of the Third World by splitting those from among them that had liberated themselves from Soviet domination, the former members of the Warsaw Pact, and those that used to be at the periphery of the Soviet orbit known as Asian Soviet Republics. While the former members of the Warsaw Pact are mainly within Europe proper, the Asian Soviet Republics occupy Central Asia. The latter were disdained, but tolerated, by the Soviet system. After the fall of the Soviet Union in 1991, the Central Asia countries have fallen victims of home grown tyrants who ape Stalin and his cruel methods of rule. In that they were under Russian domination in similar ways that the former African and Asian colonies were under European colonial rule, the two fit the traditional characterization of the former colonies, the Third World. The European sector of the former Second World are in the process of integrating themselves  into the European Union and transitioning to First World Status, albeit with some difficulties, as the Ukrainian experience has shown.

The theoretical debates that initiated the discipline of Third World studies had been a robust discipline in the immediate post-colonial decades. However, they have since grown somewhat moribund in recent years. The strength of their analytical value and their internal theoretical force cannot be discounted. Chapter 2 address the “Theoretical Characterizations of the Third World.” If there is any shortcoming of the theoretical debates, it is the paternalistic perspective Third World scholars assumed in their analysis. Without knowing it, as they were criticizing European scholars for their insensitivities in recommending the linear path to development and modernization, they themselves neglected to take into consideration the civilizational and cultural factors of the former colonies. Both European and North American leftists, and scholars whose background is from the Third World, viewed the Third World as void in culture, politics, civilizations, pluralist governance, and as great empires of the past with global preponderances.

Third World in Global Perspective capitalizes on the Third World’s organic values and their usefulness as institutional basis for progress and development. Chapter 3 titled “National Character” addresses this in detail to position the Third World countries on the same historical pedestal as their former colonial rulers. In this analysis, Egypt, Abyssinia, China, India, and the ancient civilizations of South and Central America are given a detailed historical analysis.  Chapter 4 is on “State Formation and Nation-Building.” Chapter 5 discusses “Ideology” and gives analytical perspective to subsequent chapters on Economic and Political Development, and Modernization. Chapter 6: “Military Governments - Professional Killers at the Helm” unravels the study of the Third World by defining “The Futility of State Formation and Nation-Building”, discussed in chapter 4, when militaries and dictatorships are diverting national resources to non-essential and ephemeral cost centers.  Chapter 8 addresses “Women and Civil Societies.” “The Essential Requisites of Modernization, Development and Democratization” are directly a function of effective bureaucracies and dedicated civil service force which are discussed in Chapter 9. Chapter 10 addresses “Reforms, Revolutions, and Wars” to give concluding analysis on the subject matter in view of their continuous preponderance in the Third World.

ABOUT THE AUTHOR
TSEGGAI ISAAC, PhD., Associate Professor of Political Science, is a political scientist with special emphasis on the Horn of Africa and North Africa. He has been teaching at the Missouri University of Science and Technology, formerly the University of Missouri–Rolla since 1991.

ABOUT THE CATEGORY
History, Politics/AFRICA