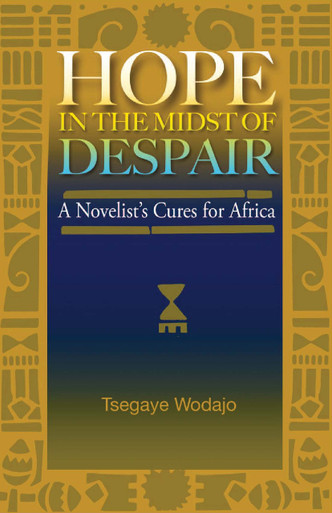 This book examines Ayi Kwei Armah's five novels: The Beautyful Ones Are Not Yet Born (1968), Fragments (1969), Two Thousand Seasons (1973), The Healers (1973), and Osiris Rising (1995). Drawing on a thorough discussion of the five novels, the book probes the resistive moves in the works of the Ghanaian writer. Openly and unambiguously, the protagonists of the last three novels not only make bold moves in calling for resistance against Africas failed ruling elite and the complicity of their foreign collaborators. They also forcefully advocate unceasing involvement by all progressive African forces to dislodge the domination of the many by the few.

The first two novels, which meticulously scan the deterioration of Africas socio-political and economic institutions, provide the rationale to legitimize resistance and the collective action of Africas masses to end corruption and domination. Hope in the Midst of Despair looks at these two novels, widely acknowledged by critics as Africa's most piercing and daring protest fiction, as preparatory and necessary works that mirror sub- Saharan African reality through their exhaustive diagnosis of the region's social and political ills. Based on what the diagnosis reveals, Armah offers cures for the "diseased" continent in the next three novels.

"This is perhaps the most comprehensive and perceptive exploration of Ayi Kwei Armahs major novels. Using post-colonial and African literary theories, Tsegaye systemically examines the novels' presentation of the human condition in Africa. His lucid discussion of the overlaps and divergences between African literary theory and postcolonial theory is exceedingly interesting and highly instructive. This is a must read book for Africanists. [It] is a lively, authoritative text and  a significant contribution to world and African literatures, and to literary theory."

ABOUT THE AUTHOR
TSEGAYE WODAJO is an associate professor in the Department of English at Bronx Community College of the City University of New York. His publications on postcolonial African theory and literature have appeared in several scholarly journals, including Journal of Education & Social Welfare, and New Horizons.