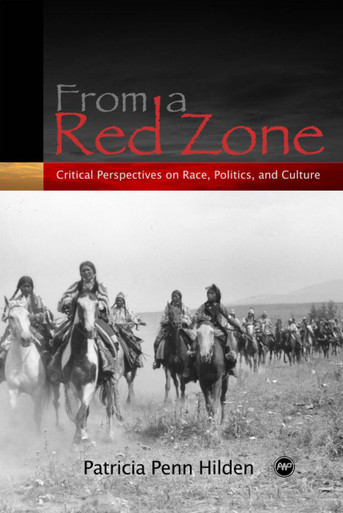 This collection of essays explores several sites of racialized power, from scholarly works embedded in academic disciplines to “ethnic” museums and several race-based exclusionary political practices. The point of view is comparative--that of a woman of color feminist--and that of one born into a “red zone,” the world of urban Native America in the second half of the twentieth century.

"Here is a red zone of fire and light. The fire burns the mechanisms that continue to maintain racial and gender hegemonies in the world. The light illuminates the paths of resistance. Here are voices that refuse to be drowned; histories that refuse to be buried alive. Their location is among Native Americans, Africans, African-Americans, women, the dispossessed but they speak for the liberation of the human. This book should be useful for postcolonial, gender, Native American, African-American, African Studies, but it should also appeal to the general reader who will find in it genuine organic food for thought.”

“Patricia Penn Hilden’s book, on the way museums, galleries, art shows, and high theory appropriates and redeems otherness from the red zone, shows her erudition and profound creativity. Her voice offers an extraordinary new interpretation of how the concrete, inventive existence of culture from the red zone is suppressed in the process of constituting universal worlds. This is a brilliant book that anyone interested in cultural history, political culture, feminist theory, or ethnic studies must read."

“From a Red Zone is a brilliant collection of essays.... It is a stunningly original intervention with what we might call the post-multiculturalist scholarship.... Hilden takes on this scholarship rather than the easy targets to show how a Eurocentric and/or Euro-Americocentric perspective constantly gets reinscribed in even the best intentioned scholarship…. Hilden has a knack for exposing some of the most shocking evidence of Eurocentrism and arrogance, which makes the book very powerful."

ABOUT THE AUTHOR
PATRICIA PENN HILDEN is Professor of Native American History and Comparative Ethnic Studies at the University of California, Berkeley. She has published several works about gender, race, and politics, most recently the semi-autobiographical When Nickels Were Indians (Smithsonian Institution Press).