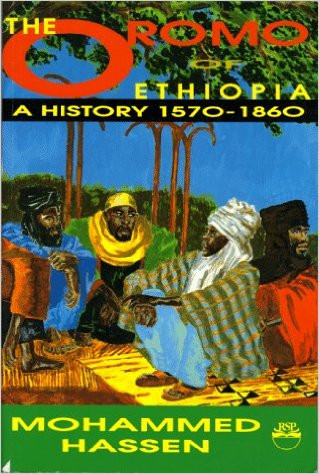 The Oromo, who constitute nearly half the population of Ethiopia, are the largest single national group in the Horn of Africa. Yet the history of the Oromo has been totally neglected. Since the creation of the modern Ethiopian Empire in the 1800s, historians have chosen to ignore the Oromo, who, for political reasons, were portrayed as "newcomers" to Ethiopia and generally considered as people "without history". This study breaks with that tradition and establishe conclusively not only that the Oromo were one the indigenous peoples of Ethiopia, but also that they had their own fascinating history, culture, religion, and political institutions.

ABOUT THE AUTHOR
MOHAMMED HASSEN was born to an Oromo peasant family in Haraghe, Eastern Ethiopia. he was educated in both Ethiopia and England. He received his doctorate in African History from the University of London. He taught for six years in Ethiopia and three years in Atlanta University, Georgia, where he was also an Adjunct Professor of History at Morehouse College. After serving as Associate Professor of African History at Hunter College, the City University of New York, he is now teaching at Georgia university.