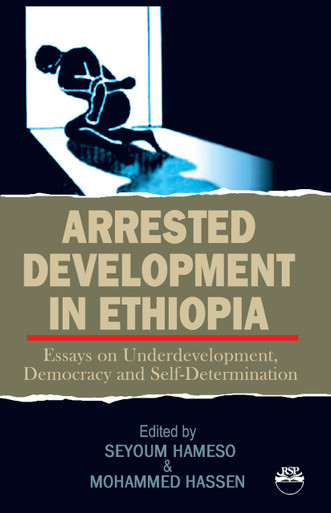 Since the creation of the Ethiopian empire in the 1880s, political, economic, social and military power has been dominated by the elites of two minority groups. The vast majority of the peoples in Ethiopia have been subjected to the political subjugation, economic marginalization and cultural dehumanization. While the ruling ethnic groups have sought to maintain the status quo, the oppressed majority have been struggling to free themselves from tyrannical rule. As a result, the contemporary Ethiopia is a mass of contradictions and contest revolving around the paradigms of oppression and liberation producing decades of civil wars, violation of human rights, poverty, famine and misery in monumental proportions.

Various authors have narrated the reasons that led to the abject Ethiopian condition. But this book is unique because it is an in-depth treatment of the subject covering socio-political history, contemporary political economy, and politics of nationalist struggles. Furthermore, the diverse cultural predisposition, academic training, and scholarly caliber of the contributors make their messages a timely work of immense role and great importance.

The book explores the root causes of arrested development. It exposes oppressive mechanisms used by the Ethiopian state to suppress the creative talents of its subjects. It depicts not only the lack of respect for basic human rights in Ethiopia, but also the denial of the peoples right to freely determine the governance of their choice and the pace of their socio-economic progress. The contributors to this book passionately believe that the problems facing the majority peoples in Ethiopia are neither inevitable nor insurmountable. As much as it is inspired by the long suffering of the oppressed people, it is informed by the search for solutions. In short, it articulates their yearning for freedom, human dignity, self-determination and democracy. It is a must read for anyone interested in finding a solution for the problems facing the majority of the people in Ethiopia.

ABOUT THE EDITORS
SEYOUM HAMESO is a development economist and author of several books and articles on wide ranging topics including contemporary Africas ethnicity, nationalism, development, state and globalization. His recently published book is "Development, State and Society: Theories and Practice in Africa." He is the editor of "The Sidama Concern" and has been actively involved in human rights and development advocacy.

MOHAMMED HASSEN is Associate Professor of African History at Georgia State University, Atlanta. He is the author of "The Oromo of Ethiopia: A History 1560-1860," various journal essays, book chapters and encyclopedia articles. He was one of the founders of the Oromo Studies Association and the Journal of Oromo Studies. He has been an active member of Oromia Support Group for over a decade.