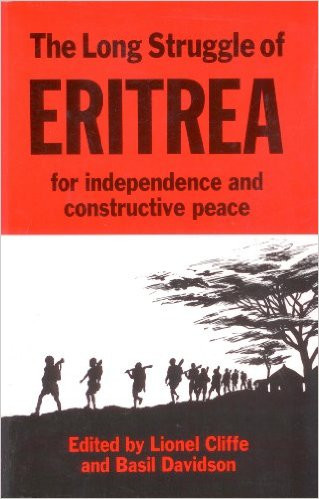 History in the area known as the 'Horn of Africa' is at a turning point—not because of any massive act of charity by the western world to combat that area's horrific burden of drought and famine, but because of the very real prospect of major political change.

Behind media coverage of human suffering in the Horn lies a remarkable story of a struggle for self determination which has survived more than 25 yers of brutal oppression and now looks like succeeding.

In Africa's longest war of national liberation we are seeing what may well be a significant shift in the military balance in favor of the Eritrean resistance movement. It could herald the final defeat of Ethiopia's claim to Eritrea, especially if the ruling Dergue loses Soviet support.

This book looks at the history of Eritrean struggle, placing it in the wider history of north-eastern Africa. It scrutinises the legal standing of Eritrea's claim for independence; it analyses the character of the liberation movement, looks at the tasks it has set itself and evaluates its achievements.

Each writes from a concerned but independent standpoint. Their knowledge and experience combines to make for a comprehensive and thought-provoking volume.