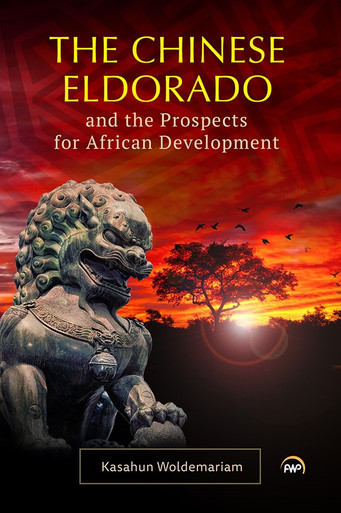 This book examines whether the African countries’ trade and investment relations with China and the other emerging economies have improved the development potential of the African countries. It also offers an initial assessment of the degree to which the rise of China as a global economic force emboldens the ruling parties and ethnogoges (political elites that dogmatize ethnicity for personal gain) in Africa to be more assertive in advancing the view that the right to development (i.e. economic development) supersedes the popular demand for the promotion and protection of political rights. The book begins with the historical analysis of the Sino-African engagement, followed by a critical examination of the theoretical literature on trade, investment, technology transfer, and concludes with a chapter that highlights the challenges and opportunities confronting African countries.

"Kasahun Woldemariam presents us with a description and evaluation of political and political economic relations between the African continent and the Peoples Republic of China (PRC). The discussion spans from the post-1945/post-1949 period of anti-colonial and revolutionary nationalisms and South-South solidarity to the present-day, global-capitalist era. The analytical emphasis is with the post-Cold War Chinese penetration of African political economies under the diplomatic guise of mutuality and through the agency of sovereign funds and state-owned enterprises. The fundamental concern of the work is cui bono (who benefits), with the recognition that this is both an economic and political question."
--Hashim Gibrill, Clark Atlanta University

"I find The Chinese Eldorado to be a needed companion for anyone who wishes to follow international politics and economics. Indeed, for those who seek to understand how Africa seems to embrace wholeheartedly the golden opportunities China seems to present in a silver plate but ignore the invisible traps along the continent’s path towards development, this is the book they must read. A blind acceptance of Chinese investments while forgetting or emulating China’s domestic oppressive politics could force the continent to revert to new and crippling neo-colonial conditions that will prevent it from making those genuine choices that free it from its lethargy and help it preserve its independence."
--Mario J. Azevedo, Jackson State University

ABOUT THE AUTHOR
KASAHUN WOLDEMARIAM is Associate Professor in the Department of Political Science and Program Coordinator of the UCLA/HBCU Internationally Engaged Social Science Fellowship at Spelman College. His published works include, The Rise of Elective Dictatorship and the Erosion of Social Capital: Peace, Development, and Democracy in Africa (2009) and Myths and Realities in the Distribution of Socioeconomic Resources and Political Power in Ethiopia (2006).