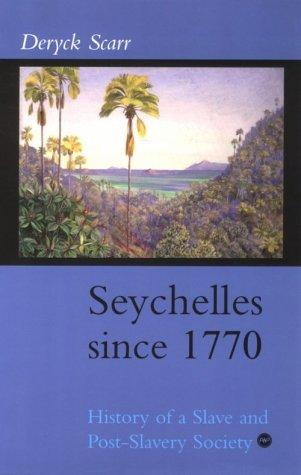 Scarr disposes of many myths of Seychelles being, for instance, a peculiarly harmonious colonial society with all questions of social and political distinction based on colour being erased by miscegenation. He recounts the evolution of the society, originally an offshoot of Mauritius and Reunion, the immobile years of the earlier twentieth century, the post-war surge for social welfare, the granting of independence in 1976 under President J.R.M. Mancham, the changes precipitated by tourism, and the coup of 1977 which brought Albert Rene to power, with its aftermath.